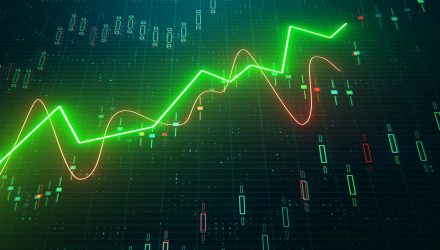 Around 7% of S&P 500 companies have reported earnings thus far, according to FactSet data, mostly making a strong showing for earnings, as 76.5% of those businesses have notched better-than-expected earnings.

Expectations for the earnings season were tepid at best before this week, with many analysts expecting the S&P 500 earnings to have fallen by 2% in the fourth quarter, FactSet data showed.

“Many, including us, are highlighting how stock prices have become expensive relative to their earnings,” said Nick Raich, CEO of The Earnings Scout, in a note. “Market bulls said not to worry because earnings would eventually catch up to price. Are they correct? This week, and in early 2020, those bulls are correct.”

Although there were last minute changes to the trade deal with China, including leaving tariffs in place until the coming U.S. election, markets rejoiced after the Phase One trade deal with China was signed on Wednesday, meeting investor expectations. Nevertheless, some experts are skeptical of how much real impact the deal will make.

“Phase one is behind us and it met market expectations,” said Tom Essaye, founder of The Sevens Report, in a note. “Now the very real question of whether phase one results in an uptick in economic growth lies in front of us, and the truth is it’s unclear. Nothing in phase one will specifically add much to global growth.”