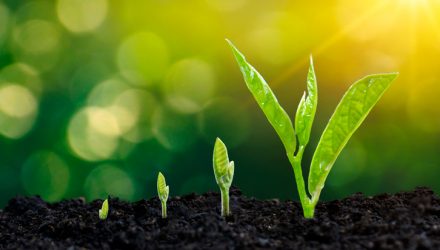 More Dividend Growth Grows The Case For This ETF in 2020

Coming off a year in which it gained 27.4% while hauling in $1.81 billion in new assets, the ProShares S&P 500 Aristocrats ETF (CBOE: NOBL) appears poised for success in 2020. That success could be facilitated by late-2019 dividend growth as well as expected payout increases coming this year.

That fourth-quarter dividend growth was meaningful for NOBL as the ProShares ETF jumped more than 7% in the last three months of 2019.

NOBL is home to 57 stocks, many of which far exceed the 25-year dividend increase streak requirement, but with last year’s round of payout growth, the fund could see some new additions this year.

Bolstering the case for NOBL this year are estimates indicating that S&P 500 dividend growth could return to a double-digit rate in 2020.