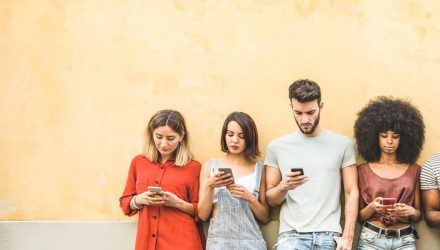 2019 has been an impressive year for equities thus far, as the S&P broke the ominous 3000 level and has continued to run higher, climbing 24% since January. The benchmark index is currently on track to reach its best year since 2013. Including dividends and other payments, an investment in the S&P 500 would have returned 26% in 2019 so far. Now one analyst explains how a new demographic segment could help drive markets further.

One unique aspect of markets is that they are driven by the human emotions of fear and greed. Nobody wants to miss out on a bull market move higher, but investors simultaneously hesitate from fear, seeing how the move has already traveled so far without them. As a result, they wait on the sidelines until suddenly the pain of missing out is overcome by to greed, causing investors to jump in with both feet, often at the top.

“I think it’s still one of these markets where more investors are you know sitting on too much dry powder. Not a lot of people have house money to play with so I think it’s still a market where you’re going to see the dips being bite. I just think you still have this big powerful demographic tail when taking place. It’s a reason the U.S. decouples this year but it’s also a reason why we’re starting to see next year potentially kind of a re-acceleration of growth and upside in S&P earnings,” Tom Lee of Fundstrat said on CNBC.

Leading this re-acceleration of growth, according to Lee, is a much debated demographic in the United States, the Millenials.

“What happening is millennial‘s are really clogged causing a really big jump in the 30 to 50-year-old cohort, and that’s the most important segment of any countries economy because they are the prime income earners, they’re also the ones that consume credit. And for the first time in really almost 12 years, the number of 30 to 50-year-olds is actually growing again. And if you look at sort of the size of the millennial demographic, that growth is set to take place for almost a decade. So it’s a tail wind that we haven’t seen in the US economy really since the mid to late 70s, Lee noted.

While there are Millennials all over the world, as it is really just a demographic specification, the US actually had a really significant growth in Millennials in comparison to the European and Chinese counterparts, which actually show contraction in the 30 to 50-year-old range. So the tailwind that is seen for Millennials is largely concentrated on the US and possibly India, said Lee.