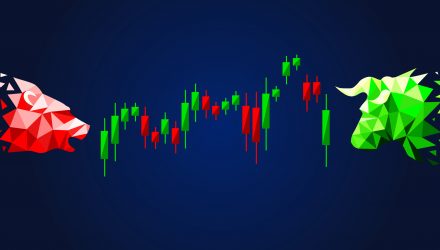 Low Vol ETFs To Look At For Summer Trading

With the summer months coming soon, while markets may not get the traditional, “Sell in May and go away,” type of reaction, there is concern among analysts that volatility might increase, especially with comments from President Trump regarding trade with China, and the generally complacent atmosphere with such high-prices in the market.

Ben Johnson, from Morningstar explained on CNBC’ s ETF Edge segment on Monday, “I think this is a sign that the market is hanging on the President’s every Tweet right now, and if investors think they are going to make any money trying to respond to whatever comes off that particular Twitter handle, they’re probably going to lose a lot of money and lose their minds in all likelihood as a result. I think we’ve seen plenty of these knee-jerk reactions over the course of now many a month. Investors should as always, take a deep breath, look away from the television, and stay the course quite frankly.”

Johnson adds, “If you want to maintain equity exposure, think about some of the ETFs that add equity exposure, albeit a more defensive posture, tickers like USMV, in the case of US Markets, the iShares Min Vol ETF, or its EM cousin, EEMV, which puts together a lower volatility of emerging market stocks.”

Also appearing on Monday’s ETF Edge show, Todd Rosenbluth of CFRA also weighed in on the current state of the markets.

“The cyclical sectors have continued to lead the market thus far, in the first four plus months of the year,” Rosenbluth said. “There typically is a bit of volatility in the May to October period that tends to be the weakest period, and the more defensive sectors like healthcare and staples tend to hold up better. Technology is really the tell, and technology is leading the market higher thus far this year.”