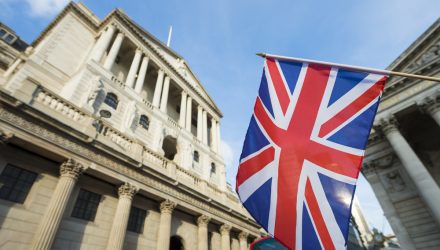 The U.S. Federal Reserve typically sets the precedent for other central banks to follow and after it slashed rates to zero in addition to ramping up bond purchases, the Bank of England (BOE) did the same. The BOE cut rates to 0.1% in response to the economic impacts of the Coronavirus outbreak.

“Over recent days, and in common with a number of other advanced economy bond markets, conditions in the U.K. gilt market have deteriorated as investors have sought shorter-dated instruments that are closer substitutes for highly liquid central bank reserves,” the BOE said.

The move comes after the BOE had previously cut rates to 0.25% from 0.75% back on March 11. In addition to the rate cut, additional bond purchases will focus on  U.K. government bonds “as soon as is operationally possible.”

“As a consequence, the U.K. and global financial conditions have tightened,” it added.

Based on data from John Hopkins University thus far, the U.K. has 2,644 cases of the coronavirus nationwide, and the U.K.’s National Health Service reported a further 29 people died Thursday, which brings the country’s death toll up to 128.

“The spread of Covid-19 and the measures being taken to contain the virus will result in an economic shock that could be sharp and large, but should be temporary,” the bank said in a statement.

Like the rest of the world affected by the coronavirus outbreak, the United Kingdom is also implementing social distancing measures to prevent further spreading. Schools will be closing and government aid would come in the form of aid packages to help support businesses affected by the virus.

A pair of UK-centric ETFs to watch include one for equities and the other for the nation’s currency: