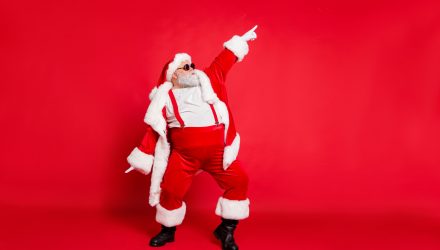 It Appears the Year Santa Claus Rally Is On

While it didn’t happen in 2018, the Santa Claus Rally, or Christmas Rally, is a well-known phenomenon that has a historical precedent.

The Santa Claus rally describes a persistent rise in the stock market that occurs in the final week of December through the first two trading days in January. At that point there is often a subsequent pullback. There are a variety of explanations for why the Santa Claus rally tends to occur, including tax considerations, a general feeling of optimism and happiness on Wall Street and the investing of holiday bonuses.

Another theory however, is that certain substantial institutional investors, a number of whom are more sophisticated and contrarian, tend to head out on vacation at this time leaving the market to less savvy retail investors, who naturally tend to be more bullish.

With trade tensions toned down, stocks appear to have clearance to rally into year-end, which is a traditionally positive time for stocks.

Stocks rocketed higher over the past week, amid FOMC news that rates remain unchanged, and as the U.S. and China moved to promulgate a phase one trade deal that halts tariffs that were set to go into effect Sunday. Stocks relinquished some of their most sizable gains Friday though in a sell-the-news move after U.S. and Chinese officials announced the agreement.

“Three big geopolitical things are taken off the table — USMCA, phase one and Brexit, and even though we might not like or be fulfilled by phase one, these uncertainties are behind us,” said Sam Stovall, chief investment strategist at CFRA.

“We’re getting a running start on the Santa Claus rally,” said Stovall. Stovall said historically stocks often hit the low of the month in mid-December, before rallying into the rest of the year.