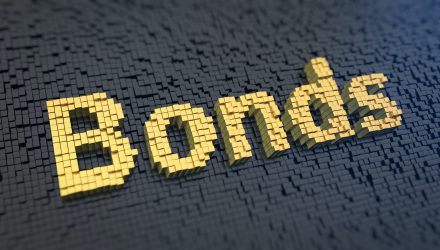 A huge spike in iShares iBoxx investment Grade ETF (LQD) inflows has occurred over the last 6 days, with the over $6.2B pouring back into the fund, as this past week’s life-boat of Federal Reserve stimulus measures will, for the first time, serve to purchase up to 20% of the assets of U.S.-listed exchange-traded funds that provide broad exposure to investment-grade bonds

Perhaps some of this was the jump in LQD inflows was the result of Fed buying, or maybe investors were trying to gain more substantial credit exposure, but in any case, the move increased the fund’s AUM by over 20%.

DataTrek believes that ETF purchases may be a way for the Fed to support the banks. Nearly 26% of LQD is bank debt, notes DataTrek. They also provide the Fed with the chance to own longer-dated bonds. When it buys corporate bonds in secondary trading or straight from companies, it will take only short-term debt, maturing in less than four years. But the weighted average maturity of the iShares iBoxx ETF’s benchmark is about 13 years, which could provide diversification.

On Monday, the iShares iBoxx shot up 7.4%, rocketing past the bond market’s 0.4% return, and moving up 15% for the week. ETFs are typically more liquid than bonds, but purchases will still have a more profound effect on ETFs than in the larger corporate bond market. LQD is the largest U.S. corporate investment-grade ETF, with a $29 billion market cap.

An ETF that tracks munis, the PIMCO Intermediate Municipal Bond Active (MUNI), also climbed 1.1% higher recently before falling back some after the Fed released news recently that it would broaden its asset purchase program to encompass short-term municipal bonds.

But there could be more at play explaining why LQD could have received so much interest. According to Peter Tchir, head of macro strategy at Academy Securities, LQD’s premium shows market makers were short credit.

He said in a note on Tuesday: “Market makers are now on the wrong side of any move. This should create a virtuous cycle for inflows and bids for bonds.”