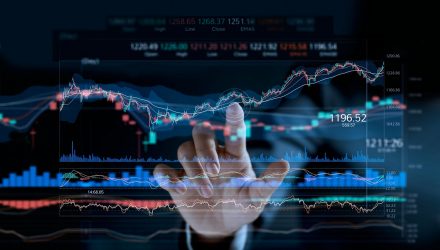 Is the Market Storing Energy to Make New Highs?

There’s been no shortage of news regarding the trade war, Brexit, and impeachment investigations lately. While the markets flip-flop as politicians deliberate and negotiations eventuate, audacious investors try and time the ups and downs of the market to line their pockets.

Despite the tumultuous political and economic environment, one analyst sees the markets potentially consolidating to make new highs eventually.

“I think we’ll see a little digestion here very short term,” said Katie Stockton, founder and managing director of Fairlead Strategies, on CNBC. “There are some overbought conditions to contend with as we test these resistance levels. But the levels are so close by for not only the S&P 500, but major indices around the world, that with just a tiny bit of follow through on the upside will see a lot of breakout. I think that’s important to note.”

Apart from the S&P 500, Stockton sees other markets and funds like the iShares MSCI Emerging Markets Index (EEM) and the Stoxx 600 breaking out as well.

“They’re positively correlated generally speaking,” she said. “We do want to see it be broad-based, that it shows breadth behind the move, global breadth in this case. The Stoxx 600 is one example that is approaching final long-term resistance around 400. That would be a major major break out for it. We’re having emerging markets, if you look at something like EEM test a long term down trend line, so that’s exciting too. So just with a little follow through we’ll get those breakouts.”

Most investors are looking for fundamental reasons for the market to move, such as an impeachment, the trade war, etc. While these factors clearly affect the market, for technical analysts, they are reflected in a chart, embedded through price patterns and resistance and support levels.

“Those [fundamental factors]would be natural drivers for a continued uptrend,” Stockton noted. “A positive economic outlook and an election that’s favorably perceived, that type of thing. Now you mention several things that’s creating this sort of tug-of-war for the market. And that’s what created the trading range that we’ve been locked in. Period. And the breakout needs some kind of catalyst, probably fundamental or macro. I don’t know what that’s going to be, but to me as we see that confirmation, you know, spend a week or so about these important levels, that’s when I think you can get more aggressively long,” she expounded.

“We’re already seeing some secular rotation that’s very promising. Notice of coarse the cyclicals are gaining some traction here in relative terms, where Staples and utilities and and REITS, those yield-sensitive names are taking a little bit of a backseat here. We think that’s important as well,” she explained.

Ultimately, she believes we need to see at least a couple of days above 3028, the summer highs on the S&P 500, on a closing basis, to likely have a meaningful breakout. And then the target from that breakout becomes around 3120 and beyond.