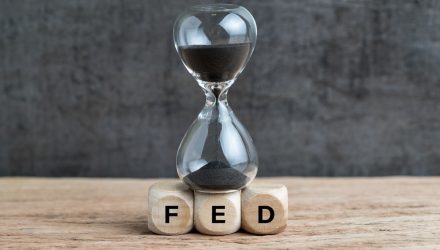 Is The Fed Placating The President Or Is A Rate Cut Warranted?

Now more than ever, there is mounting pressure for the Fed to make the rate cut everyone is expecting to happen today. But the concern is whether they are simply making it under duress, to assuage a contentious president, or whether the economy is actual in need of such a measure.

Earlier this year, Trump said the economy would take off “like a rocket ship” if the Federal Reserve cuts interest rates. Furthermore, he added that the central bank is impeding economic growth in the U.S. and has “really slowed us down.”

“I think the case is probably stronger. Inflation really does appear quiescent. There’s uncertainty about where the economy is gonna go in the future. The risks of a cut seem to me to be lower than the risks of staying where we are, and risking a tip into recession,” explained former Treasury Secretary Larry Summers.

Still if the impression arises that policymakers are just looking to temper President Donald Trump’s insistent pandering for a rate cut, then the central bank’s credibility, and its guise of political independence, could be destroyed, resulting in potentially irreparable damage, and a loss of public trust.

Most would argue that the economy is doing exceedingly well. GDP rose a better-than-expected 2.1% in the second quarter, unemployment hovers around a 50-year low and consumer metrics, which already had been looking good, are only getting bolstered.

“How do you window-dress that? How do you explain your actions other than to say the president’s right?” said Fed veteran Christopher Whalen, head of Whalen Global Advisors. “That’s tough for that institution to do that.”

“You’ve got a relatively weak chairman who is getting beaten up by a very volatile president,” Whalen said. “For the sake of the Fed and their credibility long term, not just now but long term after Trump is gone, they want to take their time.”

Still, for those looking to get a prognostication of future monetary guidance, investors should get plenty of indications about the Fed’s plans in the post-meeting statement, followed by Powell’s usual news conference.