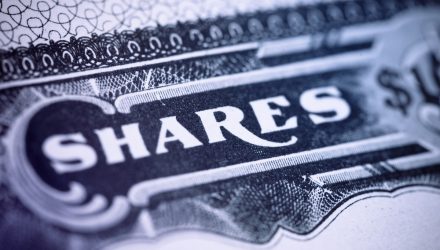 “The $9.3 billion SPDR Bloomberg Barclays High Yield Bond ETF (JNK) has seen seven straight days of inflows — the longest streak in six months. About $1.1 billion has been injected into the fund since March 5, boosting its assets by 13%,” reports Bloomberg.

Some market observers believe the junk bond rally could be short-lived and that the asset class could disappoint again this year.

“According to Bloomberg, high yield bonds limped into 2019 after suffering from a December selloff that was the worst month for the asset class since 2011,” said State Street in a recent note. “Most high yield experts chalked up the volatility to a liquidity driven event rather than a negative assessment of the asset class’ fundamentals. An index of high yield bonds declined about 2.6% in 2018.”

After raising interest rates four times last year, moves that weighed on some segments on the bond market, the Federal Reserve is signaling it may not raise interest rates at all this year. That could boost JNK and rival high-yield bond ETFs.

“In a dovish pivot earlier this year, the Federal Reserve signaled that it won’t raise interest rates again until inflation accelerates. Yields on 10-year Treasury bonds have dropped since then, hovering around 2.6% from about 3.2% at the end of 2018,” according to Bloomberg.

Since the Christmas Eve market lows, JNK is higher by more than 6%.

“The inflows mark a notable turnaround from what junk bond funds saw at the end of 2018, when investors — amid a market meltdown — pulled money from U.S.-listed ETFs tracking the high-yield market,” reports Bloomberg.