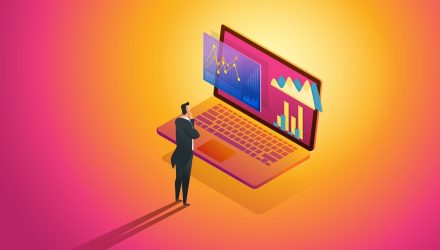 Treasury inflation protected securities or TIPs are a type of Treasury security that is indexed to inflation as a way to shield investors from the negative effects of inflation. The securities’ par value rises with inflation as measured by the Consumer Price Index while interest rate remains fixed.

However, the low inflationary pressures and dovish Federal Reserve interest rate outlook are pushing fixed-income investors to look back into long-term Treasuries. Low inflation means Treasuries have a more attractive real yield or yield minus inflation.

According to the Commerce Department, the core personal consumption expenditures index, which excludes more volatile food and energy prices, was relative flat in March and was 1.6% higher year-over-year, CNBC reports. The headline number was up 0.2% for a 1.5% increase year-over-year

In February, the core and headline measures rose 0.1% while the core was up 1.7% on the year and the headline rate increased 1.3%.

The Federal Reserve looks to the PCE indicator as its key inflation metric, targeting 2% for a health level of price stability. However, the inflation gauge has failed to hit the Fed’s target for most of the past decade.

Consequently, the low inflation has fueled bets that the Federal Reserve may hold off on further interest rate hikes in the foreseeable future. Fed officials have already stated they will likely hold rates steady and maintain patience on its monetary policy for the rest of the year partly due to the low inflation.

Given concerns over growth, some are even betting on a chance the Fed may cut rates to stimulate the economy. The markets are projecting a 65% chance of a rate cut by the end of the year, but Fed officials have said they see little chance of any loosening ahead.

The tame inflation numbers “will reinforce the concerns of several officials that inflation is still too low to be consistent with the 2% target and, if we’re right in expecting activity growth to slow over the course of this year, makes it all the more likely that the Fed will be seriously contemplating interest rate cuts before too long,” Andrew Hunter, senior U.S. economist at Capital Economics, said in a note.