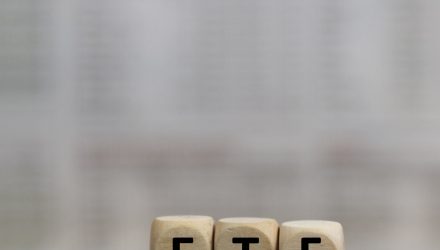 Investors Are Increasingly Using ETFs To Engage With This Market

As the U.S. bull market continues to rally onward, despite economic news, impeachment, trade war jitters, and naysayers, investors have been increasingly relying on ETFs to get invested.

Meanwhile, active money management strategies have suffered. Since the inception of the first ETF, which was the S&P 500 SPDR back in 1993, the U.S. market has burgeoned to a $4.3 trillion behemoth. Equity passive funds alone, which include index funds, have exploded to a more than $3 trillion market in less than 10 years, according to Morningstar.

“The current growth rate points to ETF assets approaching $50tn over the next decade driven by a continued move to passive and increased awareness of the attractive tax efficiency, cost, liquidity and transparency characteristics of ETFs,” Mary Ann Bartels, investment and ETF strategist at Bank of America, said in a note Thursday.

Despite this massive increase, total ETF assets have been climbing at a “fairly consistent” annual rate of 25% from $770 billion 10 years ago, Bank of America said, noting the market could reach $5.3 trillion by the end of next year if it continues at this pace.

That rate will likely accelerate beyond the current state as the industry innovates even more, engulfing more assets in places like fixed income, the firm predicts. There has already been sweeping development in the ETF space, with innovative, sector-specific ETFs like the Roundhill Bitkraft Esports & Digital Entertainment ETF (NERD), and the Amplify International Online Retail ETF (XBUY) entering the market recently.

Bank of America believes the relatively robust equity space will maintain investors in the passive space. The bank expects the S&P 500 to rise 5% next year and sees interest rates remaining stable, as the Federal Reserve implied in the most recent FOMC meeting.

“This positive fundamental backdrop is likely to be supportive to net asset values as well as continued inflows of new assets,” Bartels said.