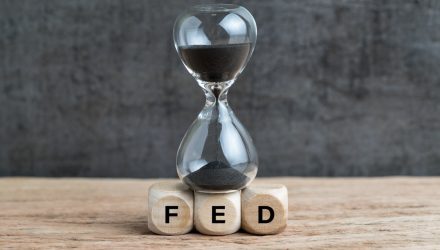 How Likely Is Another Fed Rate Cut?

Ian Young February 11, 2020
While the next FOMC meeting isn’t until March, investors and analysts alike are still considering the impact of the January meeting, where the Fed opted to hold rates steady, and if it will cut rates in the future.
Many analysts now feel that the economy is more robust and durable, and that despite short-term disruptions from anomalies like the coronavirus, there is little need to cut rates further.
“To me the reason the Fed probably isn’t cutting is that the economy is strengthening in my mind. I mean the coronavirus is certainly a risk short term, and Q1 could be could be adversely affected. It might be adversely affected more by what was happening in Boeing then it is with a virus. But generally speaking, I’m very bullish on growth. I think the economy is doing really well, I think in part because productivity is really strong, but also job growth is great, and there is still a lot of labor slack that we can get into. But the economy looks to me very healthy, and that’s the reason I think the Fed probably won’t cut,” said Joe LaVorgna, Natixis Americas chief economist on CNBC.
With significant disorder in China and global uncertainty due to the coronavirus, could the United States be a safety play for many investors who are concerned about the global economic uncertainty that is going on?
“Well you see the dollar is obviously very strong. I mean the last year equities were up about 25%, and interest rates are down over 100 basis points. The dollar is slightly higher. It’s hard for the dollar to go down if US growth prospects are as good as I’m suggesting, and also the US is perceived as a safe haven, which it has been,” LaVorgna added.
Despite the fact that many investors would like interest rates to come down further though, not all analysts believe that they should come down, or that it is even necessarily good for the economy that rates do undergo additional cuts.
“No I don’t think they need to come down, and in fact I wasn’t in the camp that [Powell] needed to make the last cut that he made. I actually thought he should’ve left them where they were. But that being said, certainly In an election year, I think the last thing the Fed wants to do is to be partisan on either side. So I don’t think rates are going anywhere, and although he may be leaning dovish, I think you have to leave the door open just in case the coronavirus turns into something much bigger than it is. I think rates actually stay unchanged,” said Kenny Polcari of SlateStone Wealth on the same segment.
While the central bank’s decision to keep rates unchanged doesn’t help investors looking for yield, but they can look overseas for higher-yielding assets via ETFs like the Vanguard Total International Bond Index Fund ETF Shares (NasdaqGM: BNDX). BNDX seeks to track the performance of a benchmark index that measures the investment return of non-U.S. dollar-denominated investment-grade bonds.
Investors looking to climb on board the stock market could also utilize the SPDR S&P 500 ETF Trust (SPY), SPDR Dow Jones Industrial Average ETF Trust (DIA), and Invesco QQQ to play the broader market.
For more market trends, visit ETF Trends.