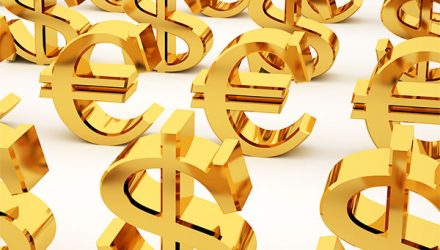 I don’t know about you, but I never thought I’d see the day when the yield on the 30-year Treasury bond dipped below 2 percent, let alone 1.8 percent.

And yet that’s precisely what happened on Tuesday as investors weighed the global impact of the coronavirus virus, or COVID-19. On a nominal basis, the 30-year yield briefly touched 1.7885 percent. Not only is that a record low, but it doesn’t even clear the current rate of inflation, as weak as it is.

Government bond yields have plummeted elsewhere. In Germany, the entire yield curve has fallen back below 0 percent for the first time since October 2019. This has helped the total pool of negative-yielding debt around the world to jump to $14 trillion.

Monday’s stock market selloff extended into Tuesday as the Centers for Disease Control and Prevention (CDC) warned that it isn’t a matter of if but when we’ll see a full-blown pandemic.

“We are asking the American public to prepare for the expectation that this might be bad,” commented Dr. Nancy Messonnier, director of the CDC’s National Center for Immunization and Respiratory Diseases.

Half an hour before the market close on Tuesday, the S&P 500 was off nearly 8 percent from its high only four trading sessions prior, and more than 60 percent of the large-cap index was in correction territory or worse. (A correction is generally understood to have occurred when an asset is down more than 10 percent from its recent high.)

Gold at a Seven-Year High in USD, All-Time Highs in Various World Currencies

In such a risk-off climate, gold has historically been favored as a safe haven and judging from its price action since the coronavirus began spreading in January, it appears to remain so today. Priced in the U.S. dollar, the yellow metal traded up 14 out of the past 16 days through February 25, setting itself up to test resistance at $1,700 an ounce, a level unseen since December 2012.

Overseas, gold has set fresh all-time highs in a number of world currencies, including some in top gold mining economies, including Russia, Canada and South Africa.

At the current price of around $1,637 USD, gold still has a little over 16 percent to go before it reaches its all-time high, set in September 2011.

I believe this level could be reached in the next 12 to 24 months, taking into account lower-for-longer yields—Wall Street seems to be banking on two to three rate cuts this year—and a return to quantitative easing (QE).

Then there’s the potential for a democratic-socialist president-elect in the form of Bernie Sanders when voters head to the polls later this year. Bernie’s election, while negative overall for stocks, would be constructive for the price of gold and silver, as the Vermont senator’s economic advisor, Stephanie Kelton, has expressed support for modern monetary theory (MMT), a controversial macroeconomic doctrine that would lead to excessive money printing and, inevitably, inflation.

As I see it, the gold bull rally that began at the end of 2015 is likely to remain in place thanks to accommodative monetary policy and, potentially, U.S. government policy.

Looking ahead longer-term, a key driver of the yellow metal’s price is expected to be a steady decline in global output year after year. The following chart, borrowed from Barrick Gold CEO Mark Bristow’s presentation this week at BMO Capital Markets Global Metals & Mining Conference, shows that global gold production will begin to taper off starting next year, and by the end of the decade, should be at multi-year lows. No region is expected to see an increase in production.

Peak gold is a topic I’ve discussed before (most notably here and here), and Mark Bristow has also spoken out about it a number of times. The story hasn’t so much changed in the past year as it’s been more widely shared with investors and market-watchers.

In short, gold is a finite material, one of the rarest on earth, in fact. Humans have been digging the stuff out of the earth for more than 5,000 years now, and, with exceptions, it’s likely we’ve exhausted the supply of “low-hanging fruit.” Mining it, then, requires that we dig deeper, and in more remote or inaccessible places, meaning it’s gotten a lot more expensive.

There will come a day, perhaps sooner than we think, when it’s no longer economically feasible to develop new deposits, especially those that are not expected to yield a whole lot.

Once this realization sets in, I believe the price of gold could take off in such a way as we’ve never seen before. That’s the power of scarcity.