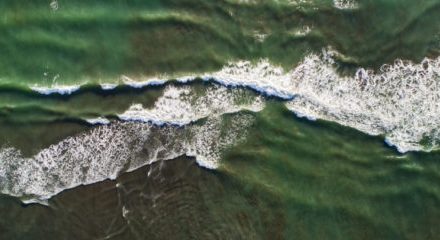 “The following is a summary of our recent “Global Risk Trends & Analysis” report.”

Strategic disengagement of the U.S. and Chinese economies, the uncertainties surrounding Brexit and the European Union, and disruptive risk―which seems permanent in the Middle East―weigh heavily on macroeconomic risks.

On a global scale, the U.S.-China relationship is transforming into a geostrategic competition between the world’s top two economies, strained by a protracted trade dispute and growing rivalry over security and technology.

This strategic disengagement is occurring across multiple dimensions involving trade, security, data, and geopolitical power projection. Washington grapples with what the Economist describes as “America’s most daunting strategic rival, its biggest economic challenger, and a giant trade partner,” all while China undermines established norms and institutions of the free, open and rules-based global economic order upon which it has also achieved astonishing economic success for thirty years.

As British Prime Minister Boris Johnson continues to move forward with an exit deal with the European Union (EU), much of the global business sector has decided that Brexit is underway, however clumsily.

London-Brussels talks scheduled to begin in March aim to secure by December 31 a U.K.-European Union agreement on trade, security, education, scientific cooperation, and other critical matters. EU officials have expressed strong skepticism and called for yet another possible extension into 2022. Prime Minister Johnson insists he will proceed with a hard Brexit if his government cannot reach an agreement with the EU this year. His allies are speculating on an aggressive break with EU rules and regulations, especially on more demanding labor and environmental standards, leading to what they promote as a “Singapore-on-Thames” U.K. economy through the next decade.

The White House has been energized by the prospect of an ambitious U.S.-U.K. free trade agreement to rapidly boost London’s post-Brexit economy.

After eight months of intensified Iranian escalation of regional attacks in the Middle East, then directly against the United States, culminating in the execution of Major General Qassem Soleimani and Iranian calls for retaliation, 2020 opens in an elevated-risk environment in the Middle East—and necessarily in Asia and Europe due to their continuous regional energy dependence, more so than at any time since the 1973 Yom Kippur war.

Washington has redirected its Iran strategy, and more broadly towards adversaries and rogue regimes, as follows: systematic escalation of violence against the U.S. and its vital interests will be forcefully disrupted, and attacks will be met with the fullest of consequences—both militarily and economic.

Given that no one yet knows how precisely Tehran may respond in the days, weeks, or months ahead, there are no clear predictions to be made—but the context for understanding the geopolitical landscape, as well as potential retaliatory scenarios, is necessary.

Despite the relative turbulence across the international landscape, these U.S. economic, financial, industrial, political, social, and military advantages have been built into the American system over the past one hundred years of extraordinary achievement and success. But no advantage can be taken for granted. The international order is fragile, requiring determined effort to manage and prosper. America’s success in the next decade of U.S.-China relations will shape not only the economic and political course of China’s future, but also reshape, rebuild, and refresh the global economic and geopolitical order—in uncertain directions.

“New York Life Investments” is both a service mark, and the common trade name, of the investment advisors affiliated with New York Life Insurance Company.