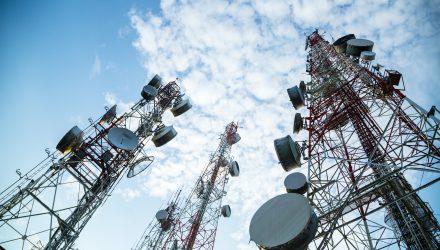 Amid all the commotion related to the coronavirus and the start of the second quarter, ATT is replacing WarnerMedia CEO John Stankey with Hulu co-founder Jason Kilar, the company announced Wednesday.

The change will begin May 1, with Kilar reporting to Stankey in his role as president and COO of AT&T, according to the release.

WarnerMedia has been looking to replace its CEO since AT&T boosted Stankey to Chief Operating Officer in September. AT&T CEO Randall Stephenson acknowledged last year that Stankey was a likely option to move in as the next AT&T CEO if he “executes the play,” suggesting that AT&T would be able to integrate Time Warner, the $100 billion media company it gained in 2019.

Kilar has a wealth of experience and should be well-prepared to take on the new responsibility at ATT. The veteran businessman founded Hulu’s streaming service in 2007 and served as its CEO until 2013. Before his tenure at the streaming media company, he was an executive at Amazon from 1997 to 2006, including a role as its senior vice president of worldwide application software.

In addition, Kilar has also served on the boards of DreamWorks and Univision, and founded the streaming service Vessel.

After his departure from Hulu, he co-founded and acted as CEO of Vessel, another streaming startup venture that  Verizon VEON purchased in 2016. He’s also served on the Univision and DreamWorks Animation DWA boards, which will be a plus for WarnerMedia as it competes with services like Hulu, Netflix, Amazon Prime Video, and newer competitors like Disney+.

“Jason is a dynamic executive with the right skill set to lead WarnerMedia into the future,” Stankey said in a statement. “His experience in media and entertainment, direct-to-consumer video streaming and advertising is the perfect fit for WarnerMedia TWX, and I am excited to have him lead the next chapter of WarnerMedia’s storied success.”

For investors looking at ETFs with ATT, the Vanguard Communications Services ETF (VOX) and the iShares U.S. Telecommunications ETF (IYZ) have healthy allocations of the company.