You are at:Home»Core Equity Channel»ETF Net Inflows Continue To Climb In September 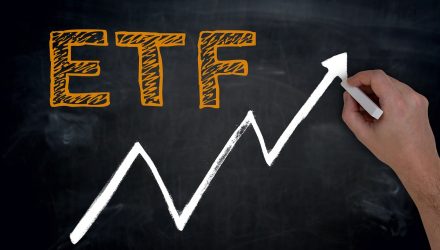 ETFGI, a leading independent research and consultancy firm that reports on trends in the global ETF/ETP ecosystem, reported today that ETFs and ETPs listed in US generated net inflows of US$49.72 billion in September, bringing year-to-date net inflows to US$196.13 billion.

According to ETFGI’s September 2019 US ETF and ETP industry landscape insights, ETF/ETP industry assets investments in the United States have increased by 2.2%, from US$3.96 trillion at the end of August, to US$4.05 trillion.

“The S&P 500 gained 1.9% during September despite slowing economic growth, ongoing trade disputes and a presidential impeachment inquiry. Shifting the focus to the S&P Developed ex-U.S. BMI, the index was up 3.0%, as 23 of 25 countries gained during the month; the highest gainer in the month was Korea (up 6.4%), while Hong Kong continued to decline (down 0.8%). From an Emerging Markets standpoint, the S&P Emerging BMI gained 1.4%, with 15 of the 23 reporting gains. Globally, equities reclaimed prior month losses, gaining 2.1%, as measured by the S&P Global BMI (38 out of 50 countries reporting gains),” according to Deborah Fuhr, managing partner, founder and owner of ETFGI.

Of the various categories of ETFs/ETPs inflows, Equities drew the largest net inflows of $31.88 billion in September, bringing YTD net inflows for 2019 to $74.57 billion. This was however, considerably less than the $137.93 billion in net inflows equity products had attracted for the corresponding period to September 2018.

Finally, Commodity ETFs/ETPs collected $2.88 billion, raising the YTD net inflows to $9.44 billion for 2019, which is much greater than the $3.83 billion in net outflows for the corresponding period to September 2018.

Meanwhile, some of the top ETPs by new assets included, the SPDR Gold Shares ETF and the iShares Gold Trust, indicating that investors are once again favoring gold as a safe haven amid economic uncertainty.