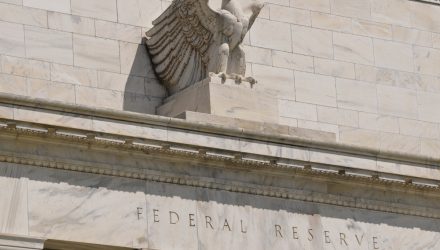 Could A Rate Cut Lead To A Divided Federal Reserve?

This hair trigger reaction from investors, who are scrambling for positive bits of news from the Fed, and are anxiously anticipating a rate cut of at least 25 basis points on Wednesday, amidst this now over a decade-long bull market, is making some analysts question how viable and beneficial a rate cut would be for the economy.

Steve Ricchiuto, the U.S. chief economist of Mizuho Americas, is one of those analysts. He argues that the Fed would make an egregious error if it cuts already-low interest rates at the conclusion of its two-day policy gathering July 31 as widely expected. The central bank has expressed anxieties about U.S.-China trade tensions and other headwinds could threaten an economy in a record-setting 11th year of expansion.

A rate cut “will incite undesired risk taking by borrowers and deepen the next recession, which will unnecessarily increase the cost to society,” Ricchiuto told clients in a new research note.

But analysts aside, it may be the Fed themselves that is divided if the decision to cut rates becomes a reality.

According to analysts, there’s a good chance that one to even three Fed officials could dissent with the central bank’s decision to cut rates Wednesday, and that could make it more challenging for markets to glean the course of future Fed policy.

“I would guess some members of the FOMC feel like they’ve been painted into a corner here because of the very aggressive pricing in the market,” said Ethan Harris, head of global economics research at Bank of America Merrill Lynch. “You’ve already had [Boston Fed President Eric] Rosengren come out and say he doesn’t think a rate hike is justified. Most members of the committee are willing to consider rate cuts but the impression is the big three seem to have put a bulls eye on the July meeting, and I’m not sure that’s shared by the whole committee.”

Scott Minerd, Guggenheim global chief investment officer said, “I don’t think all of them are on board for 25, but I think there will be a lot of pressure to get them on board. There will be people who will try to get them to move 50, and they’ll say ’let’s meet in the middle and try to compromise and show unity.”

Ultimately, however, it will be up to the markets to decipher the Fed’s message, leaving investors anxiously waiting.