You are at:Home»Core Equity Channel»Consumers, CEOs Have Different Views on the Economy 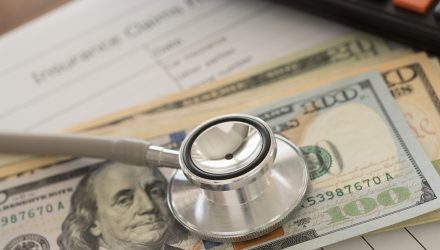 Consumers, CEOs Have Different Views on the Economy

Consumers and corporate America’s top executives can’t seem to agree on the state of the economy. On one hand, consumers are generally upbeat about the economy with spending still strong and on the other hand, CEOs are painting a gloomy picture of a possible recession ahead.

Per a CNBC report, this dichotomy in views is “a trend that began a few years ago and has accelerated over the past several months. The gap between sentiment is broad and growing, though there’s some reason to believe that a change could be coming.”

Consumers are benefitting from a generationally low unemployment figure and a stock market that has been experiencing record highs to end 2019 following a “phase one” U.S.-China trade deal that sparked a year-end rally. That sentiment is further supported by “the World Bank on Wednesday modestly upgrading its 2020 global GDP forecast to 2.5%. Closer to home, fourth-quarter growth is now likely to be 2.3%, according to the Atlanta Fed, which in November had a 0.3% projection”—the report noted. 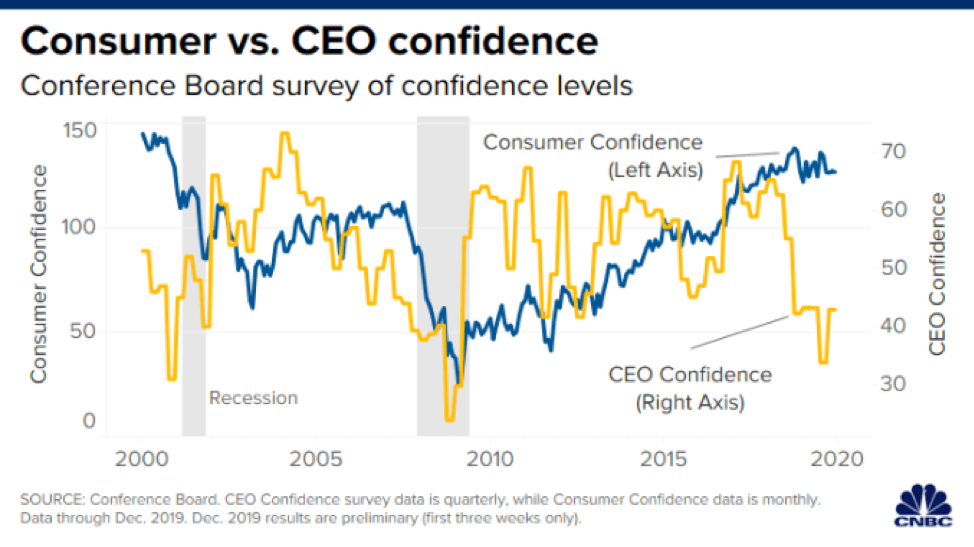 That being said, so why the dose of pessimism for CEOs? A confluence of slowing global growth, the U.S.-China trade war and an extended bull market that is ready to run out of steam is injecting doubts regarding the economy.

“One of the reasons corporate confidence has fallen is because the global economy has been weak, and that preceded the trade spat,” said Joseph LaVorgna, chief economist for the Americas at Natixis. “We could be in one of those situations where CEO confidence is just reflective of what’s been a weaker global economy but not necessarily a weaker U.S. economy.”

That isn’t to say, however, that corporate executives’ views are fixated on the negative.

“The ongoing concerns about recession risk among business leaders reflect the slowing economy of the past year and the uncertainties about the outcome of the trade disputes and other policy concerns,” Bart van Ark, chief economist at The Conference Board, said in a statement. “However, given a slightly better outlook for the global economy and an easing of trade tensions, we anticipate that a drumbeat of negative sentiment — which can become a self-fulling prophecy — can be avoided, and that we will see more confidence about business prospects in 2020.”

Low mortgage rates at present time could feed into a stronger housing sector that has been lagging the broader market since bottoming out during the financial crisis.