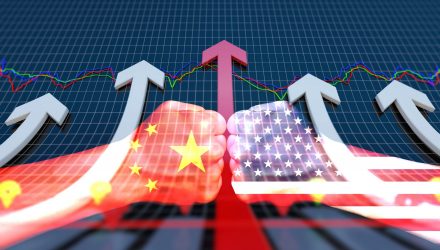 Just as the two economic superpowers are in the midst of negotiating their trade dispute, China has begun the process of initiating a formal complaint with the World Trade Organization against tariffs imposed by the United States.

“This is a blatant breach of the United States’ obligations under the WTO agreements and is posing a systemic challenge to the multilateral trading system,” China’s representative said, according to a transcript. “If the United States were free to continue infringing these principles without consequences, the future viability of this organization is in dire peril.”

A U.S. official present at the meeting on Monday said China is using the WTO complaint process as a shield for distorting trade policies. According to the official, China is using “grossly unfair and trade-distorting forced technology transfer policies and practices and through this unfounded dispute”.

“It is China, and certainly not the United States, that is threatening the overall viability of the WTO system,” the U.S. official added.

The United States has already slapped tariffs on$250 billion worth of Chinese products, including further threats on more tariffs equal to $267 billion. On the other hand, China has instituted $110 billion worth of tariffs on US goods, which includes further measures that would affect US businesses that are domiciled in China.

In early December 2018, U.S. President Donald Trump and Chinese president Xi Jinping agreed to cease fire on their tariff-for-tariff battle, giving the markets hope that a year-end rally could ensue. However, December alone resulted in the Dow falling 8.7 percent and the S&P 500 losing 9 percent, making it the worst December since 1931.