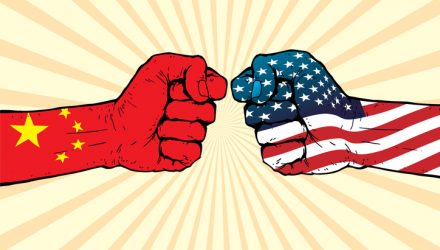 China’s markets and country-specific ETFs led the charge on Thursday after Chinese officials announced monetary easing to start off the New Year.

The People’s Bank of China said it will cut the ratio of deposits that commercial banks are required to put aside as reserves by half a percentage point, essentially freeing 800 billion yuan, or $115 billion, into the China’s financial system and potentially increasing lending from banks, the Wall Street Journal reports.

“The mood today is much buoyed by the RRR cut, which came slightly earlier than expected and comes with further expectations that targeted cuts are on the way,” Wu Xuan, chief strategist at Tebon Fund, told Bloomberg. “Moutai has not spoiled things today because the market has found a new sense of direction.”

Liu Xuezhi, an economist at Bank of Communications, said this will help ameliorate liquidity conditions, which are expected to be tight ahead of the Lunar New Year celebrations during late January this year.

Beijing has had to respond to changing global conditions with increased central bank policies. As trade barriers go up, authorities can no longer rely on the foreign investment or exports that have previously supported the country’s growth for so long. Consequently, policymakers believe it is a more efficient to focus on a domestically-oriented economy.

The central bank’s decision to cut bank reserves was also an attempt to supply more funding for a transition to new benchmark rates could adapt more freely to market movements.