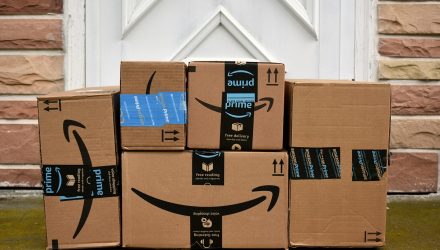 Amazon sorely disappointed analysts’ expectations in its latest earnings report, and now it has cost the company roughly $40 billion of market value. But at least one analyst still sees the stock as a buy.

The tech behemoth dropped nearly 6% in after hours trading and was down 4.8% early trading Friday, a day after missing Wall Street estimates for its third-quarter earnings, which came in at $4.23 a share compared with the expected $4.62.

Amazon’s market cap dropped to $840.4 billion from $880.9 billion as of Thursday’s market close. The stock has since recovered some and is trading at roughly $1756.82, off 1.35% as of noon Friday, prompting analysts to consider the future prospects for the stock.

“I think there is a perception that they were downbeat,’ said CNBC’s Jim Cramer. “And I think that perception is wrong. I think they are quite confident that they have what people want. I think they think it’s gonna be a great Christmas. If that was somehow lost in the translation, that’s a mistake. Now there are people who are selling it. My experience is when you see the stock selling down like this, it’s usually the brokers who got some orders saying so it down to 1650. So they nailed that and at the end of the day they bring it back here, and they go to the customers and say, hey listen, I did better than the average price,” explained Cramer.
The fact that the stock had gapped down multiple times on past earnings releases, only to continue its ascension, supports the CNBC analyst’s statement. Cramer sees Amazon’s one day shipping option and customer-centric focus as a reason to buy the stock once the dust settles.
“This stock is a buy I believe, by next week, mid-week, when we realize what they’re doing is what everybody needs to do, which is one day. One day is what we all want. They have a customer is always right position. They’re going to give you what you want. Don’t you love that?” added Cramer.
As for the naysayers who believe the company is getting too large, Cramer says that’s just juvenile thinking.
“You know this has become a very anecdotal story. There’s questions with people saying, I see a lot of your trucks on the road, is that costing a lot? What is this like fifth grade? It’s costing what it needs to cost. And yes you see Amazon trucks all the time. That’s because they’re taking product to where it has to go. So I think this is ridiculous. I think that they put out these numbers and people think they’re down beat. And they’re wrong,” Cramer said.
Investors looking to participate in Amazon using ETFs can look into the ProShares Online Retail ETF (ONLN) or the Consumer Discretionary Select SPDR ETF (XLY).
For more market trends, visit ETF Trends.