You are at:Home»Core Equity Channel»A Basic Broad Market ETF With a Favorable Fee 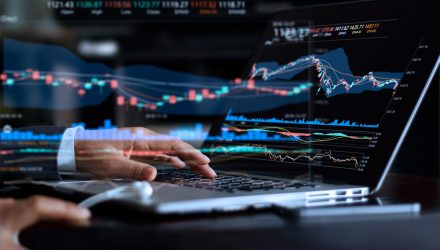 A Basic Broad Market ETF With a Favorable Fee

Chastened investors may not be considering pure equity strategies at the moment, but recent declines could be presenting an opportunity in some popular broad market ETFs, such as the Vanguard S&P 500 ETF (NYSEARCA: VOO).

VOO, one of the largest ETFs of any stripe, follows the S&P 500, as its name implies. Along with being a big, easy-to-understand ETF, VOO is one of the least expensive ETFs as the Vanguard fund charges just 0.03% per year, or $3 on a $10,000 investment. Only a handful of ETFs have lower expense ratios.

“The S&P 500 represents about 80% of the U.S. market by market capitalization, accurately reflecting the composition of the U.S. large-cap market and harnessing its collective wisdom,” said Morningstar analyst Venkata Sai Uppaluri in a recent note. “Large stocks tend to have more research analyst coverage than mid- or small-cap stocks, which tends to make this segment of the market more efficient than mid- or small-cap stocks. Fierce competition between well-informed market participants tends to result in stock prices that reflect publicly available information.”

As was recently reported, even Warren Buffett’s Berkshire Hathaway deployed some cash into VOO and the  SPDR S&P 500 ETF (NYSEArca: SPY).

Warren Buffett, whose Berkshire holds a record $128 billion in cash and U.S. Treasury bills, has been previously asked about why he didn’t put the company’s unused cash into an index fund, but the investment guru has stated before that Berkshire should hold some cash available to deploy quickly if the chance presents itself to make a big acquisition, even though he’d rather own an index fund than Treasury bills.

Buffett has famously said that the best investment option for most Americans can be found in a simple, low-cost index fund, highlighting S&P 500 funds as a good bet on America’s top companies and future outlook. His sentiments have also stumped many investors since Buffet is known for his stock-picking abilities.

VOO’s “portfolio effectively diversifies firm-specific risk and has proved tough to beat over the long term. Over the trailing 10 years ended January 2020, the fund’s annualized return net of fees ranked in the top decile of all funds in the large-blend category,” according to Morningstar.

Another perk with VOO is low portfolio turnover, which keeps costs low. Morningstar has a Gold rating on the fund, its highest ETF rating.