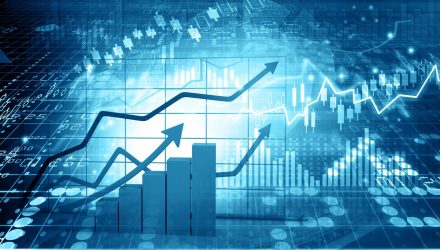 2020 Likely To Bring In Fresh Highs For Stocks, Says Barclay’s

U.S. markets broke to fresh highs once today, and now a more stable global manufacturing industry and a pause in U.S.-China trade hostilities will propel the S&P 500 to fresh record highs in 2020, Barclays reported to its clients Tuesday.

Barclay’s chief U.S. equity strategist noted that his ‘mini-bubble melt-up scenario’ appears to be materializing on account of more robust industrial data and the fact that a recession is less likely than it appeared in the past.

“We are cautiously optimistic for a detente in the US-China Trade War, and monetary policy also remains accommodative around the globe,” Maneesh Deshpande wrote in a note.

Deshpande sees the S&P 500 at 3,300 by the end of 2020, which would be over 150 points from where the index sits currently, or a move of close to 5%. This is a much more modest rally than the explosive moves over the last couple of months.

2019 has been an impressive year for equities thus far, as the S&P broke the ominous 3000 level and has continued to run higher, climbing 24% since January. The benchmark index is currently on track to reach its best year since 2013. Including dividends and other payments, an investment in the S&P 500 would have returned 26% in 2019 so far.

″We believe the US economy will muddle through in 2020, but expect EPS growth to disappoint,” Morgan Stanley’s Michael Wilson wrote on Nov. 18. “We prefer value over growth, with a slight defensive bias, given our tepid forecasts and last week’s fade in 10-year Treasury yields and the ratio of cyclical to defensive stocks.”

In addition to optimism over a potential phase one trade deal, Fed rate cuts have also helped buoy markets. When the Fed eases monetary policy during economic soft patches, equity markets often rally substantially over the next year (20% on average), Deshpande wrote.

“The three ‘insurance cuts’ this year from the fed seem to have stabilized sentiment,” the strategist wrote. “We see that the range of market returns during soft patches is still generally consistently positive two years after the start of the fed easing cycle.”

For investors looking for guidance as to which industries and stocks to target, Deshpande upgraded industrials to an overweight rating and financials to a market rating, while downgrading communication services (excluding Facebook, Amazon, Netflix and Google-parent Alphabet) to underweight. This makes ETFs like the Vanguard Industrial ETF (VIS) and the First Trust Financials AlphaDEX Fund (FXO) potentially interesting choices for ETF investors.

“The manufacturing slowdown sweeping across the globe appears to be stabilizing and fears of a spill-over into the services part of the economies have somewhat abated,” Deshpande noted. “As a result, the recessionary concerns priced into equity markets seem to be receding rapidly.”