You are at:Home»Core Equity Channel»10 Emerging Markets ETFs on The Cheap 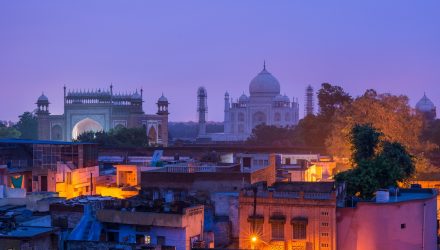 10 Emerging Markets ETFs on The Cheap

The fee wars that have long permeated the exchange traded funds industry and issuers’ efforts to bring low-cost funds to investors extends to international ETFs. These days, several emerging markets ETF can be considered cheap.

IEMG tracks the cap-weighted MSCI Emerging Markets Investable Market Index and holds over 2,200 stocks. IEMG debuted in October 2012 as part of the iShares lineup of core ETFs targeted at cost-conscious buy-and-hold investors. Today, the fund has $61.17 billion in assets under management, making it the second-largest emerging markets ETF behind VWO.

IEMG “also provides greater exposure to a narrow segment of the emerging-markets universe,” said Morningstar in a recent note. “Up until several years ago, locally traded China A-shares were difficult for retail investors to hold owing to restrictions imposed by the Chinese government. But these restrictions have loosened over time, and the fund had just under 1% of its assets in China A-shares as of February 2019.”

Beyond country composition, IEMG’s low cost is a major source of allure as highlighted by the fund’s asset-gathering proficiency. Year-to-date, investors have added $5.16 billion to IEMG, making the fund the second-best asset gatherer among all US-listed ETFs.

“The fund’s low expense ratio helped it beat the category average by 30 basis points annually from its launch in October 2012 through February 2019,” according to Morningstar. “However, its performance did not stand out within the category. Many of its better-performing competitors had a growth tilt and used stock selection to improve their returns. The fund’s 0.14% expense ratio ranks as one of the lowest in its category and should continue to provide a reliable long-term advantage.”

Morningstar has a Bronze rating on IEMG.