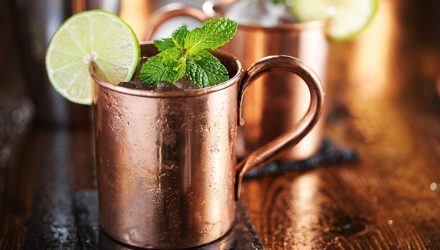 COPX, which tracks the Solactive Global Copper Miners Index, is higher by more than 27% year-to-date. Industrial metals like copper, nickel, iron and steel have all rebounded in recent months as traders bet on improving global economic conditions would bolster demand for the base metals after prices hit multi-year lows.

“Copper itself now up 20 percent year-to-date with all of that gain coming since early May; flirting with its highest level since November 2014,” reports the Times of India. “Some are attributing base metal’s strength to stronger-than-expected economic growth in China, as well as U.S. Dollar weakness.”

The dollar is one of this year’s worst-performing major currencies. Home to almost $47 million in assets under management, COPX debuted more than seven years ago. The ETF holds just 27 stocks and is a heavily ex-US fund. Canada, Australia and China combine for about 52% of the ETF’s weight. Other countries featured in the COPX lineup include Chile, the world’s largest copper producer; Poland, Peru and India.

“That said, the Dollar and Dr. Copper are dancing on the edge going into the Jackson Hole central banker conclave that begins Thursday,” according to the Times of India. “Technically, COPX formed a bullish inverse head & shoulders (H&S) pattern from late 2015 to late 2016.”