You are at:Home»Featured»Copper ETFs Gain Momentum as China’s Economy Rebounds 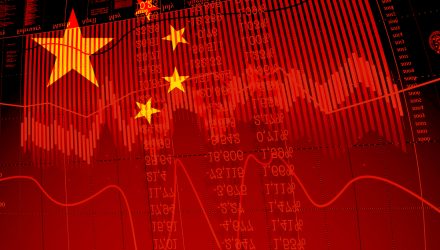 Three-month copper forwards on the London Metal Exchange, the benchmark in international metal markets, rose 1.2% Tuesday to $6,754 a metric ton, the highest level since June 2018, the Wall Street Journal reports.

The industrial metal has been strengthening on improving data out of China, notably recent data that showed manufacturing activity last month expanded at its fastest pace in almost a decade.

Furthermore, the U.S. dollar continues to depreciate against global currencies, falling to its lowest level in over two years. The weaker greenback makes it cheaper for foreign buyers to purchase USD-denominated commodities like copper.

“China is structurally short of copper, they need to import it,” Robin Bhar, an independent metals consultant, told the WSJ. “So a weaker dollar, and a stronger renminbi, plays right into their hands.”

The recovering Chinese demand for raw materials has helped fuel the rally in industrial commodities over recent months. For instance, purchases of copper, oil, and iron ore have surged as the Chinese economy reopens after shutting down earlier this year to quarantine the coronavirus pandemic.

Chinese demand is also a key factor supporting copper prices since the emerging Asian economy is the world’s second-largest economy and accounts for around half of global consumption of the metal. China imported a record 555,000 metric tons of refined copper in July, according to Citigroup. Furthermore, Citigroup analysts project Chinese demand will drag the international copper market into a deficit in 2021, which could help support higher prices ahead.