You are at:Home»Featured»Consumer Staples ETFs Slip As Philip Morris Drops 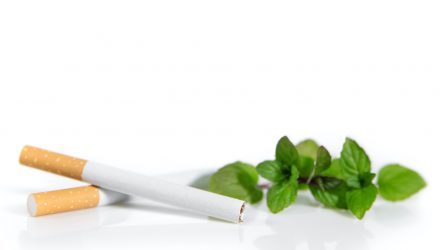 Ian Young June 19, 2020
Philip Morris’s stock is dropping today along with the broad market as the company that makes Marlboro cigarettes told Irish retailers it made a “mistake” by showing an advertisement in the trade press in Ireland for a “menthol blend”, Marlboro Bright, which it revealed in Ireland after terminating its former menthol cigarettes, Marlboro Green.

Menthol cigarettes were banned across the European Union and in the UK on May 20th.

Managing director of Philip Morris for the UK and Ireland, Peter Nixon, said in a local Irish newspaper that the advertisement “should not have run”.

Nixon said it was “a poor choice of words open to misinterpretation” and insisted Marlboro Bright is “a traditional cigarette that has no menthol in it”. He said “methylation” was a “typo” that should have read “without menthol”.

Philip Morris also added that “The phrase ‘menthol blend’ should not have been used in the advert because the product does not contain any menthol. Marlboro Bright is a traditional cigarette. The advert was a mistake and should never have run.”

While Philip Morris refused to answer repeated questions as to why the phrase “menthol blend” was used in the advertisement in the first place, the company insisted the new brand is in full legal compliance with the ban.

Philip Morris is no stranger to controversy recently. The Food and Drug Administration determined in April 2019 that Philip Morris International could begin marketing and selling the heat-not-burn device IQOS, the first product of its kind to be sold in the U.S. Heat-not-burn tobacco products, also called heated tobacco products, are electronic devices that heat tobacco leaves to produce an inhalable aerosol, rather than burning tobacco like traditional cigarettes.

This came amid a vaping controversy that showed evidence that vaping related illnesses and deaths should ban the use of e-cigarettes.

Investors who are concerned about the effects of tobacco and vaping, in general, could consider healthcare ETFs like the Fidelity MSCI Health Care ETF (FHLC) or the Vanguard Health Care ETF (VHT), while those who would like to invest in rising tobacco technology trends could consider the Consumer Staples Select Sector SPDR Fund (XLP) or the iShares Global Consumer Staples ETF (KXI).