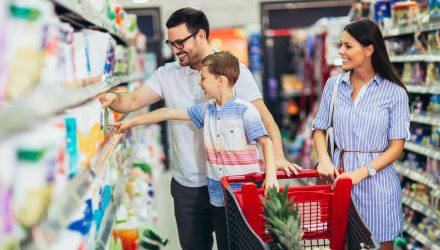 With optimism over the economy reopening recently, analysts were optimistic that consumer retail could be come back quickly. But it seems just as shoppers were headed back to stores, with local economies reopening and malls back in business, the pace of declining retail traffic is actually decreasing, according to a report.

Retail traffic in the U.S. fell the most so far in 2020, on a year-over-year basis, during the week ended April 18, according to data from the retail consultancy ShopperTrak. It fell 82.6%.

From mid-apron, up until the past two weeks, there were slight improvements. Those declines contracted each week, according to ShopperTrak, which is part of part of Sensormatic Solutions. The decline had let up until is was off just 34% from the year prior, for the week ended June 20.

But as coronavirus cases have surged over the past two weeks, with consumer often shunning mask and social distancing recommendations and protocols, retail traffic declines have accelerated once again. Customers are retreating for a second time.

In a move to stem the damage, Apple closed dozens of stores once again. The week ended June 27, traffic in the U.S. was down 35.7%, according to ShopperTrak. Last week, it was down 39.5% compared with the prior year.

The shopping trends vary largely by state however. Thirty-seven states, plus Washington, D.C., have witnessed a decline in consumer traffic over the past two weeks on a year-over-year basis, according to ShopperTrak senior director Brian Field. Thirteen states, meantime, have continued to show improvement in traffic, he said.

It appears that social distancing protocol plays a significant role in which states show the most consumer activity. Of the 38 states with traffic sinking again, just eight of those are requiring masks statewide, Field said. Of the 13 that are climbing in traffic, 11 insist that the general public to require masks, he said.

“It’s all about consumers feeling confident,” Field said in a phone interview.

The biggest growth in retail traffic is happening in states including New Jersey, Maryland, Massachusetts, Rhode Island and New York, according to ShopperTrak data. The biggest drop-offs, meantime, are happening in Mississippi, Texas, South Carolina, Louisiana and Alabama.