You are at:Home»Currency-Hedged»Considering Europe ETFs? Look to These Funds… 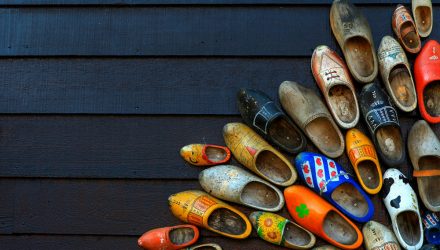 Investors considering Europe ETFs dealt with some political volatility earlier this year amid controversial national elections in the Netherlands and France.

However, some market observers see Eurozone political volatility declining even as Germany is just days away from its own national election.

“Eurozone politics have entered a period of calm after sparking market turbulence with a series of high-risk events since mid-2016,” according to BlackRock research. “Long-term challenges including slow growth, integration of immigrants and decreased competitiveness remain. Yet we see a steadier political environment supporting sustained, above-trend economic growth and some reform, and helping make the case for investing in the region’s equities.”

The iShares MSCI Eurozone ETF is up more than 26% year-to-date and allocates more than 60% of its combined weight to France and Germany. In Germany, the Eurozone’s largest economy, Chancellor Angela Merkel is widely expected to win another term in the Sept. 24th election. Political risk is also dwindling in Italy, a country that is historically politically volatile. Italy, the Eurozone’s third-largest economy, is 7.4% of EZU’s roster.