You are at:Home»Fixed-Income»Concerns Surface for Emerging Markets Bond ETFs 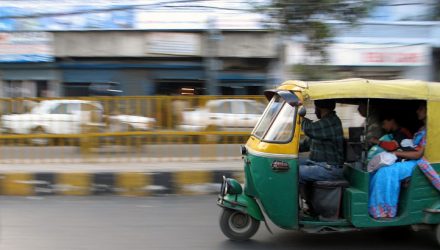 For a significant portion of this year, emerging markets bond exchange traded funds have been a hot area of the fixed income ETF space. For example, the iShares J.P. Morgan USD Emerging Markets Bond ETF (NYSEArca:EMB) is one of this year’s top asset-gathering ETFs. In fact, only one bond ETF has added more new assets than EMB.

However, some analysts are encouraging investors to monitor growing current account deficits (CADs) in emerging markets and how those deficits could affect issuers’ ability to finance dollar-denominated debt, such as the debt found in ETFs like EMB.

“Emerging markets last year ran their first aggregate annual current account deficit (CAD) for 17 years – and their largest since 1998 (both in US dollars and as a percentage of GDP). The deterioration has been driven mainly by a drop in commodity prices, a narrowing in China’s surplus, and the effect of abundant global liquidity conditions. We forecast the aggregate EM CAD will widen further in 2017 to its highest level in US dollar terms since at least 1990,” according to Fitch Ratings.