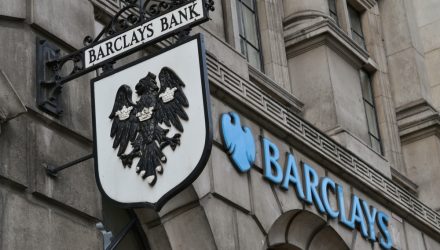 Barclays Bank PLC said today it has suspended sales of each series of iPath ETNs, effective as of the open of trading on Thursday.

The suspension of sales of the 30 ETNs with $1.6 billion in combined assets, according to Bloomberg, is due to a paperwork issue with U.S. regulators. The bank said it expects to reopen sales of the ETNs when the amended Form 20-F and new shelf registration statement have been filed with the SEC.

“ETNs are likely a relatively low priority for Barclays and this has contributed to the mishap,” Todd Rosenbluth, head of research at ETF Trends and ETF Database says. “But this is a further reminder that ETFs and ETNs are very different products despite being part of the same exchange traded product family.”

“ETFs should not be blamed for the unusual behavior of its wayward cousins. The halts will cause liquidity of the products to dry up and could result in Barclays deciding to wind down its ETN business to avoid the headaches,” Rosenbluth adds.

The British bank last month halted issuance in a handful of popular ETNs, announcing it had mistakenly sold $15.2 billion more notes than it had registered over the course of about a year.

Barclays said Thursday that it had postponed its share buyback program indefinitely and set aside a provision of £540 million as a result of the issue, which is currently being investigated by U.S. regulators. The bank had originally said it expected a hit of £450 million.

“Barclays remains committed to the share buyback programme and the intention would be to launch it as soon as practicable following resolution of filing requirements being reached with the SEC and the appropriate 20-F filings having been made,” the firm says in its earnings release.