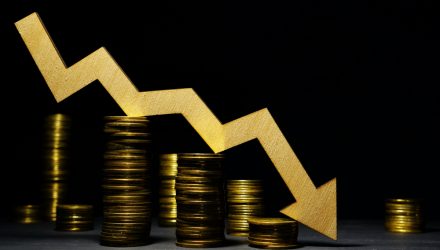 The British bank said on March 28 that it faces an estimated $592 million loss and regulatory scrutiny for exceeding a U.S. limit on sales of structured products; Barclays had offered $15.2 billion more notes than it had registered over the course of about a year.

“This is another example of how an ETN is different than an ETF,” Todd Rosenbluth, head of research at ETF Trends and ETF Database, said. “Investors and advisors need to be aware of the unique risks for the product structures.”

Barclays said on March 14 that it had indefinitely suspended any further sales from inventory and any further issuances of the iPath Pure Beta Crude Oil ETNs (OIL) due April 18, 2041, and the iPath Series B S&P 500 VIX Short-Term Futures ETNs (VXX) due January 23, 2048, in each case effective as of the open of trading.

Barclays said in the March 14 statement that the suspension was imposed “because Barclays does not currently have sufficient issuance capacity to support further sales from inventory and any further issuances of the ETNs. These actions are not the result of the crisis in Ukraine or any issue with the market dynamics in the underlying index components.”

“Remember, an ETN doesn’t ‘own’ anything — it’s just a promise to pay a pattern of returns from a bank,” Dave Nadig, CIO and director of research at ETF Trends and ETF Database, said.

Barclays said in the March 14 statement that it expected to reopen sales and issuances of the ETNs as soon as it can accommodate additional capacity for future issuances.

“It’s similar to what Credit Suisse did several times,” Nadig said, referring to the firm soft closing TVIX a handful of times before shutting the doors to investors for good, causing TVIX to trade at massive premiums before wiping out investors when the firm changed its mind, causing the price to fall back down to earth. “It’s notable in this case because VXX in particular is so large.”