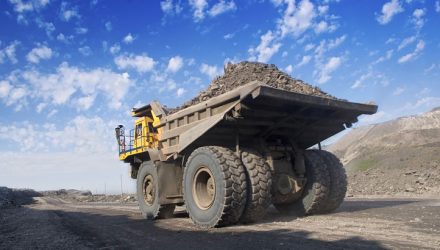 Coal ETF is on Another Blistering Pace

After nearly doubling to rank as one of 2016’s best-performing non-leveraged exchange traded funds, the VanEck Vectors Coal ETF (NYSEArca: KOL) is on another blistering pace this year. Actually, that pace has been particularly blistering in recent weeks as KOL is up 11.6% over the past month to bring its year-to-date gain to 18.3%.

KOL was boosted in significant fashion last year on expectations that President Donald Trump would create more coal-related jobs, but investors should approach that thesis with caution.

“Like it or not, coal companies should get better treatment under the administration of President Trump, who was strongly pro-coal and anti-regulation during his election campaign,” reports Michael Brush for MarketWatch. “America still needs a lot of coal to produce the electricity it uses. I’d love it if power from the sun and wind could stand in. So far, though, renewable energy is too costly and fickle to serve as a reliable energy source.”

With U.S. demand for coal in question, producers may be forced to international markets, mainly emerging economies, such as China. Increased steel production could also help U.S. producers of metallurgical coal.