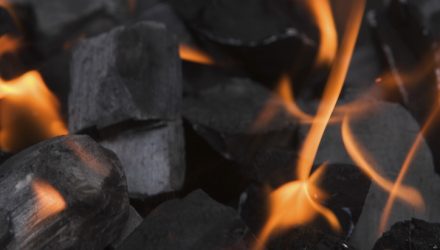 Coal ETF Could Face a Conundrum

“From 2002 to 2008, coal stocks, as measured by the Dow Jones U.S. Coal Index, enjoyed an epic rise, increasing roughly 20-fold. However, the old saying rang true, at least in this case, about the bigger are, the harder the fall. And from its peak near 750 in June 2008, the DJ Coal Index would proceed to lose some 85% of its value in the next 5 months alone,” according to ETF Daily News.

“This past June, the Coal Index had dropped to 33 before rebounding back up towards 42 this month. This 42 level may precipitate another drop down the shaft for coal stocks, though. That’s because it represents the current vicinity of a Down trendline (on a log scale) stemming from the index peak in 2011 and connecting the top in 2014,” notes ETF Daily News.