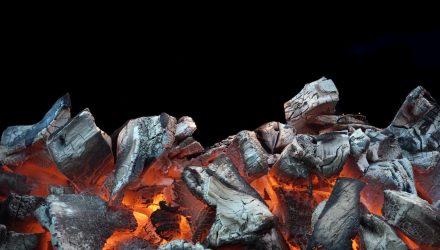 The VanEck Vectors Coal ETF (NYSEArca: KOL) gained 2.4% Monday and has been breaking out to new 52-week highs. KOL is up 14.5% over the past month and increased 37.6% in the past year.

Supporting the gains in the coal industry, observers point to the strongest period of expansion in manufacturing activity and the global economy since the financial downturn, the Financial Times reports.

According to BMO Capital Markets, coal-fired power generation rose in most of Asia’s major economies last year, which bolstered demand. The fossil fuel still makes up 40% of energy consumption in the emerging markets.

“Thermal coal — once again it is powering Asian growth and urbanisation,” Glencore’s chief executive Ivan Glasenberg, told the Financial Times. “It’s another commodity where there’s been under-investment over the years.”