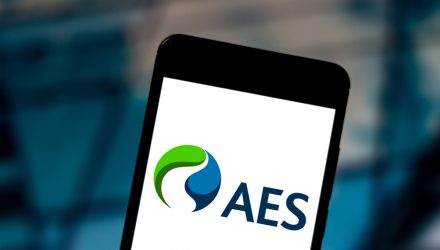 The Lancaster Area Battery (LAB) was built adjacent to the Luna energy storage project was also brought online in September by AES, and was the first entirely debt-financed standalone large-scale project. The two energy projects capture and store energy supplied from 18 nearby AES solar projects.

The U.S. energy company also has two liquid natural gas terminals in Panama and the Dominican Republic that were the first to provide cleaner-burning natural gas as an option in driving lower emissions as well as reduced electricity costs for residents. According to the AES website, the Dominican Republic has cut 4 million tons of carbon dioxide emissions in the conversion from oil to imported petroleum products. It’s a major step and the first in a green energy transition that could possibly lead to renewable energy inclusion down the road. 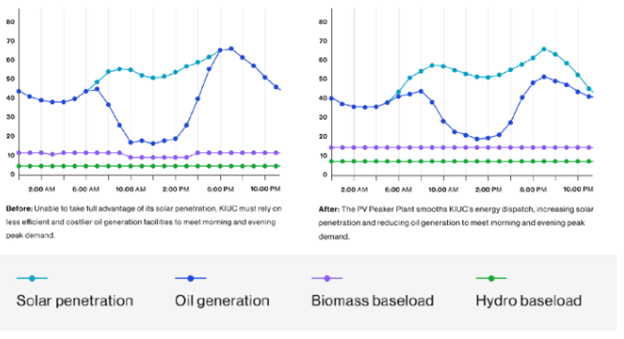 On the solar side, AES and the Kaua’i Island Cooperative (KIUC) completed the world’s first DC-coupled solution, the Lāwa’i Solar and Energy Storage Project, the largest solar-plus-storage system globally. The system can capture and deliver reliable, carbon-free power that can be dispatched at any time to one of the most expensive electricity regions in the U.S. due to the island’s reliance on imported fossil fuels.

“Now that the Lāwa’i project is online, as much as 40% of our evening peak power will be supplied by stored solar energy. I think it’s safe to say this is a unique achievement in the nation and possibly the world. Replacing fossil fuels with stable, lower-priced renewables helps us keep rates as low as possible for our members,” said David Bissell, KIUC president and CEO.

AES was also named in the top 10 list (AES was number seven) on Fast Company’s 2022 Ranking of Best Workplaces for Innovators for its work in clean energy and driving new ideas for cutting-edge clean energy tech.

“Innovation is at the heart of our mission to accelerate the future of energy,” said Andres Gluski, AES President and CEO in the press release. “At AES, we foster innovation at all levels of our organization and invest in transformative new businesses. With that approach, we have seen tremendous returns on investment. Our employee-generated initiatives drive the overall growth and success of our company and make AES one of the world’s top workplaces for innovators.”

Capturing the Energy Transition Through AES

The KraneShares Global Carbon Transformation ETF (KGHG) focuses on the global industry leaders like AES, which is carried at a 3.88% weighting within the fund, that are pushing the global transition to net-zero emissions. KraneShares believes that the upside potential of investing in these companies as they transition is enormous.