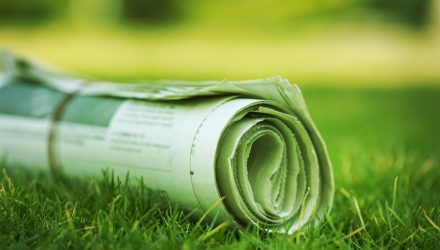 It was a major milestone year for climate initiatives in the U.S. amidst global uncertainty and risk, and advisors were in constant research mode to better understand the impacts of geopolitics, the renewables transition, and COVID-induced supply chain shortages in regards to semiconductors. The following were the top three climate investing stories read by advisors in 2022 on the VettaFi platform.

“Expect the Semiconductor Chip Shortage to Continue,” written in March, was the most popular article related to climate investing in the Climate Insights channel. The semiconductor chip shortage has been a major ongoing problem since the onset of the pandemic, when supply chain constraints coupled with increased global demand created an imbalance that industries are still working to recover from almost three years later. Because semiconductors are an integral component to almost every piece of technology today, understanding supply and the shortages was a high priority for advisors.

Semiconductor chip shortages are still a known issue for car manufacturers and the industrial sector, both of which require older-generation chips, and the shortage is likely to persist well into 2023 and beyond (newer generation chips are currently in oversupply).

“Play the Renewable Energy Transition with KGRN” was the second most-read article on climate and was written in February when tensions were running high between the U.S. and China but before Russia’s invasion of Ukraine. China, despite its deep coal dependence, remains the fastest transitioning company in regard to renewable energy.

In February, China was churning out solar panels and solar products at a rate faster than global demand could match — that’s since dropped off due to economic slowdown in China and legislation in the U.S. aimed at building up domestic supply chains around renewables and batteries. China remains a powerhouse for renewables, however, and is the global leader in lithium-ion battery production, as well as the largest producer of wind and solar energy globally.

“Carbon Market Volatility Due to Broader Uncertainty, Not Fundamentals” was the third most-read article of the year, and carbon markets remain a recurring, popular topic in the Climate Insights channel. When Russia unexpectedly invaded Ukraine in the first quarter, the world was sent reeling, including markets that to this day still contend with the continuing impacts of Russia’s ongoing war.

The carbon markets were no different, and the European Union’s carbon allowances in particular experienced strong volatility and sell-off in the wake of the invasion, as uncertainty over what Europe’s energy future would look like and what the impacts on the climate markets would be drove price action. Much of that uncertainty has resolved, and Europe’s carbon market has found relative stability in the second half of the year, with further support expected by January from the passage of REPowerEU resolutions.