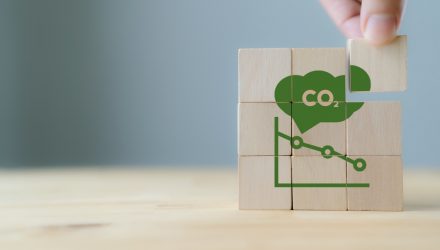 Carbon Market Volatility Due to Broader Uncertainty, Not Fundamentals

War in Ukraine is having many broader, unanticipated effects in global markets, and one recent casualty has been the carbon markets, particularly within the EU. The EU Allowances (EUA) market has been particularly volatile, with some investors choosing to sit out any current price action on the sidelines, and technical levels being triggered and causing further sell-off.

Luke Oliver, managing director, head of strategy at KraneShares, recently explained in a communication to ETF Trends that the carbon market price action and the underlying causes were rooted in a variety of uncertainties unrelated to the fundamentals of the relatively nascent space. Overall, KraneShares believes that the market is currently being oversold, triggering when EUA prices fell 16% on March 1 and dropped below €70 ($93.41 USD). This fall saw technical levels engaging, with technical traders and options hedging driving the sell-off even more.

The fundamentals within the space remain strong, with no signals from the EU that it is going to reverse any of its climate policies. In addition, there is the anticipation of high natural gas prices, since Russia is one of the main exporters of natural gas to Europe, which could put pressure on industries to revert to coal for the time being. This would lead to an increase in emissions with carbon allowance prices increasing in tandem due to rising demand.

“The regulatory framework of the market has not changed, analysts still see the market as tight on an annual basis, and there is still a robust 2030 climate target to drive long term investment,” Oliver explained. “It is also important to note that carbon allowance prices have not been, contrary to a common misconception, materially responsible for higher energy prices in Europe.”

The uncertainties that are plaguing carbon markets are driven by questions on how the geopolitical tensions and conflict will broadly affect Europe, and how climate priorities might be downgraded as the geopolitical concerns take precedence. It could mean that countries such as Poland and Greece, which have not been in favor of EU emissions-trading-system (EU ETS), might take the opportunity to better leverage their perspectives by encouraging less tightening by carbon markets.

There is also the potential that a decrease in natural gas supply due to current tensions would not lead to greater net emissions driven by coal use. There is the possibility that countries such as Germany and others who have been highly reliant on Russian natural gas would instead find ways to pivot and increase their own natural gas inventories by curbing production of some of the highest emission industries.

“For example, Europe may pull back on metals and fertilizer production, heavy gas users, to preserve supplies. Europe is also extending plans for maintaining coal fired plants (bullish carbon) and also nuclear power production (bearish carbon), which the market is still trying to weigh the net balance of,” Oliver explained.

A final great uncertainty for now is whether higher energy prices and other factors such as potential pull-back of industries could lead to reduced economic activity broadly; lesser economic productivity equates to emissions reduction naturally and could impact carbon markets.

“Ultimately, a huge amount of new information is being digested and the recent sell off has been exacerbated by technical trading. We will continue to monitor the markets and update on developments, though we reiterate our view that this sell off does not appear to be based on a fundamental change, but on uncertainty,” Oliver stated. 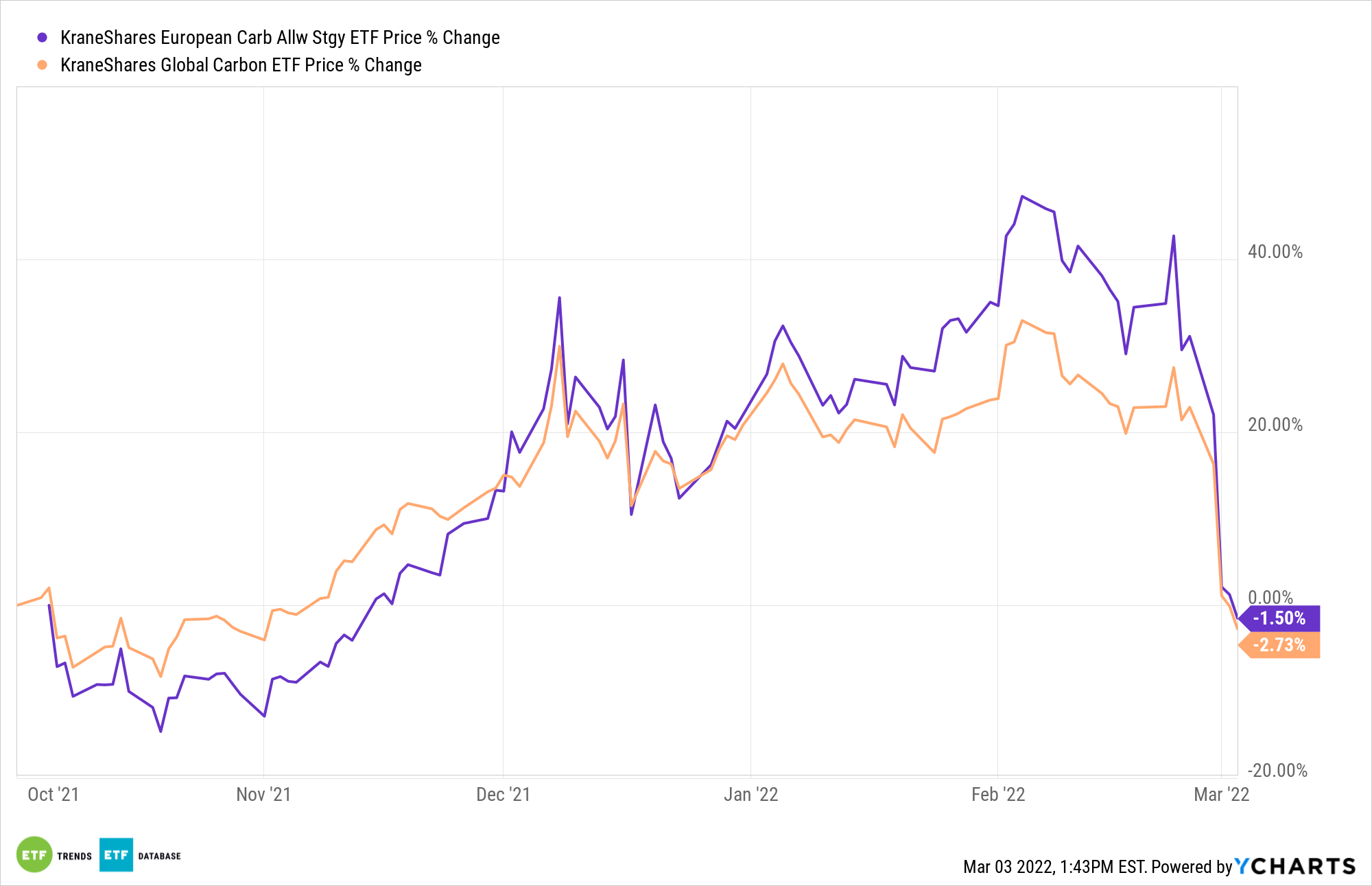 For investors who may have missed the growth of carbon markets globally and in the EU in recent months, the current entry point for investing could provide a good opportunity. “There is potentially an opportunity to enter this market at November 2021 levels for those that had missed much of the earlier rally,” Oliver said.

KraneShares offers a suite of ETFs with a variety of targeted exposure to global cap-and-trade carbon allowance markets that invest in carbon credit futures. These funds include the KraneShares Global Carbon Strategy ETF (KRBN), which invests in carbon allowances futures globally from the EU, California markets, RGGI, and the U.K., as well as the more targeted KraneShares European Carbon Allowance Strategy ETF (KEUA).