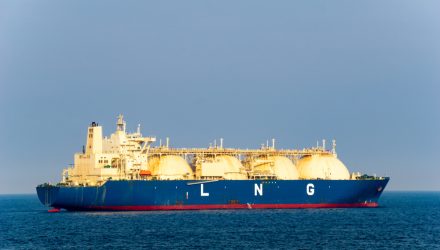 These Markets Are Poised to Benefit From U.S. Gas Export Surge

The U.S. has committed to helping Europe’s gas crisis through exporting liquified natural gas at higher rates than ever before. However, this could come at a serious cost to the U.S. consumer and industries, as the exports cut into much-needed reserves and supplies, keeping gas prices elevated, reports the Wall Street Journal, while potentially creating a steadily increasing demand for carbon allowances.

Springtime typically brings a chance for gas companies to refill the reserves used over the winter as the demand for heating drops but the demand for air conditioning hasn’t quite picked up yet. This supply is carried over into the summer when heavy demand drives prices higher.

The commitment by the White House to send liquified natural gas overseas to replace Russian supply to European countries has helped create rising gas prices well into springtime. The price of gas looks to be sustained over a longer timeline with gas reserves unable to be replenished at the rates they have been traditionally, a reticence of producers in the U.S. to drill too much and therefore affect their profitability, and a worldwide global shortage of gas driven by extreme weather events last year.

The emergence of the U.S. as the largest global exporter of LNG is creating a new floor for prices, according to analysts. Even from within the oil and gas industry, producers are recognizing the change; executives from the oil and gas industry surveyed by the Federal Reserve Bank of Dallas this month are anticipating natural gas prices to be between $4–$5.50 per million Btu, prices usually only seen in the event of blizzards.

“We are in a new phase for U.S. gas markets,” said Ryan Fitzmaurice, senior commodity strategist at Rabobank.

It will be 2025 before more capacity can be added for exporting LNG that will bring the ability to tighten the U.S. supply domestically, according to Samantha Dart, analyst for Goldman Sachs.

As demand for LNG increases and remains sustained, it drives a greater need for carbon allowances as companies look to offset emissions. U.S. cap-and-trade carbon markets such as the California Carbon Allowances (CCA) and the Regional Greenhouse Gas Initiative (RGGI) could stand to benefit in an environment of greater carbon allowance demand.

What’s more, increased, sustained gas prices could bring greater attention to the net-zero carbon transition in the U.S., which in turn could drive up increasing prices as carbon allowance markets tighten.

The index measures a portfolio of futures contracts on carbon credits issued by the CCA and only includes futures with a maturity in December in the next year or two, while using a wholly-owned subsidiary in the Cayman Islands to prevent investors from needing a K-1 for tax purposes.