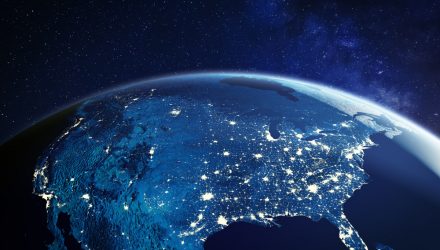 This year, the world has been ravaged by extreme weather with unprecedented heatwaves sweeping through much of Europe over the summer and droughts, wildfires, flooding, hurricanes, and typhoons all increasing in magnitude and scope globally. The call to action on climate change is being met now across industries, in the public and private sectors, and by investors. Gina McCarthy, the departing White House National Climate Advisor and former administrator of the Environmental Protection Agency, spoke to the changes she has witnessed over her tenure as the country’s first climate advisor in a New York Times piece.

This week marks the gathering of the UN General Assembly in New York where the U.S. will commit to reducing greenhouse gas emissions by half by 2030 and to zero by 2050. It’s a far cry from the skepticism regarding climate change that has plagued industries and agencies for decades and is a reflection of the pivot that has happened globally but particularly within the U.S.

“Over the past 20 months as America’s first-ever national climate adviser, I have witnessed a paradigm shift: The private sector no longer sees climate action as a source of job losses, but rather as an opportunity for job creation and economic revitalization,” McCarthy wrote.

McCarthy goes on to use the changes happening within the automotive industry as a prime example of this shift. During McCarthy’s tenure as administrator of the EPA under President Obama, the auto industry firmly believed that transitioning to lower-emitting vehicles would send prices soaring and demand would fall off, resulting in job loss and plant closures.

“Even very early on in the Biden administration, when labor was fully engaged and squarely at the table, the old paradigm that cleaner standards meant job loss was hard to break. And unions worried that a big shift to electric vehicles could pose a fundamental threat to their workers,” McCarthy explained.

That’s been anything but the case as demand for electric vehicles has soared and the conversation has instead turned to EV manufacturing expansion domestically, job creation, and the long-term capital investment potential. President Biden has also committed the U.S. to half of all new car sales by 2030 being EVs.

“Public and private investments in research and development have also fueled the growth of clean technologies, driving down the costs and attracting industry. Since 2010, the cost of solar energy has decreased by 85 percent, wind energy by 59 percent onshore and 71 percent offshore, and lithium-ion batteries by 89 percent,” wrote McCarthy.

This year, massive climate legislative progress was made in the U.S. with the passage of the Inflation Reduction Act, the largest climate initiative ever passed by the U.S. government. The frameworks and pressure to move more aggressively on climate initiatives now exists within the U.S. McCarthy explained that when Biden took office, he signed a flurry of executive orders to create both milestones and timeframes for all sectors of the economy to transition to clean energy.

The investment appetite exists, the legislative support exists, and the commitment of the public and private sector grows constantly as climate change initiatives increasingly take center stage in the U.S.

“The United States is now becoming a magnet for clean energy innovation and investment. Since President Biden took office, companies have invested nearly $85 billion in manufacturing of electric vehicles, batteries and E.V. chargers in the United States. The United States is now on track to triple domestic solar manufacturing capacity by 2024, and in 2021 alone, investors announced $2.2 billion in new funding for offshore wind supply chains,” wrote McCarthy. “The road is still long, and progress will be uneven. But as I leave my post in the White House, I am optimistic that America is now poised to lead this decisive decade.”

KraneShares offers a bevy of climate-related products that seek to capture the transition to a zero-emission world by 2050, whether through a focus on carbon emissions or the transition of industries.

For an approach that targets transitioning companies, KraneShares Global Carbon Transformation ETF (KGHG) seeks to capture the true potential within the carbon transition by focusing on companies from within industries that are traditionally some of the highest emission offenders, but are on the precipice of transitioning to renewable technologies.