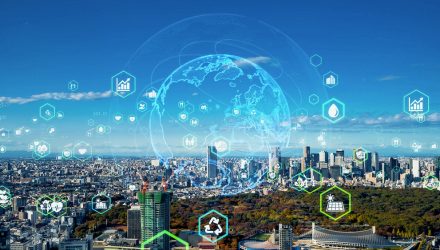 The KraneShares Global Carbon ETF (NYSE: KRBN) is about to celebrate its second anniversary on July 30 and for a fund that isn’t quite two years old, it’s already seeing investment interest from institutional investors.

KRBN was the first of its kind to offer an investment take on carbon credits trading and is in a position to capture the rise in carbon allowance prices as emissions limits become more stringent globally and countries tackle the carbon crisis.

“What was unique about KRBN was that we had institutions reaching out to us from the beginning,” Luke Oliver, managing director, head of climate investments, and head of strategy at KraneShares, told P&I.

Institutional investors typically wait for an established track record and well-established assets that have scaled sufficiently to be attractive. To have a younger fund already netting investment from this larger investor class is a rarity, especially because KRBN was launched without seed money from a large client, explained Oliver.

“Funds that garner substantial investment right off the bat typically launch with seed money in tow,” said Bryan Armour, director of passive strategies research, North America, at Morningstar Research Services LLC. The inflows to KRBN “are even more impressive if the fund launched without this advantage.”