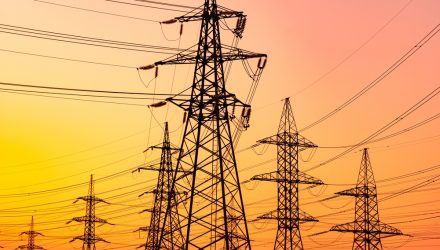 If an Energy Super Grid Is the Future, China Is Already Ahead

Energy analysts are predicting that a global super grid of transnationally connected power networks could be the future for green energy and electricity, reports the Wall Street Journal. As countries contemplate the potentials and hurdles, China may very well be ahead in the race to provide renewable energy over an interconnected grid.

The idea is to be able to send electricity where and when it is needed, regardless of weather systems, oceans, and borders, as long as the grid is connected. It’s not a new idea, and has run into many, many challenges in the past due to economic, political, and technical obstacles, but with continuing technological advancements and a global focus on energy conversion to reach net-zero carbon emissions, analysts believe that it is the way forward.

“The sun never sets practically, you know—it’s setting here, rising somewhere else,” said Jagjeet Sareen, assistant director general of the International Solar Alliance. “If we could connect, voilà! You would have green electricity everywhere.”

While a global network so far remains in preliminary stages of discussion, China has made breakthroughs in connecting and utilizing new technologies that allow for renewable energy transport over long distances. In 2018, China’s State Grid announced that it had powered a 2,000-mile line running 1,100 kilovolts of electricity across the country from its northwest corner to the Anhui Province in the east.

The Olympics in Beijing this year prompted a boom in green energy technologies as China worked to showcase its innovation. China created the world’s first direct current transport of energy over long distances with the Zhangjiakou Green Electric Grid that was on display for the Olympics. It’s an electric grid that runs on wind and solar power and is able to store green energy to deliver later when the grid demands it. Power produced in Zhangjiakou post-Olympics is being routed to and incorporated into the electrical grids in Beijing and Xiongan.

The ETF has an expense ratio of 0.78% and $151 million in assets under management.