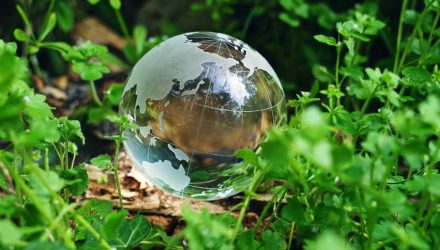 Digging Under the Hood of KGHG, the Carbon Transformation ETF

This year has brought about some major policy support for climate change initiatives, as well as a number of challenges. The KraneShares Global Carbon Transformation ETF (KGHG) launched earlier this year, and Roger Mortimer, KGHG’s portfolio manager, dug into the Q3 performance, changes, and outlook for the fund and space broadly in a recent paper.

KGHG is an ETF positioned to capture companies from some of the heaviest emitting industries as they transition away from primary fossil fuel reliance into renewable energies and alternatives. This pivot is anticipated to increase valuations in an environment of increasing regulatory and shareholder pressure.

The third quarter was another difficult one for the major indexes: the S&P 500 total return was down -4.9%, while the broad MSCI World Index’s total return was down -6.1%. While KGHG was also down, it fell less than these major global benchmarks at -4.2% gross return (the fund is actively managed and therefore doesn’t track an index). 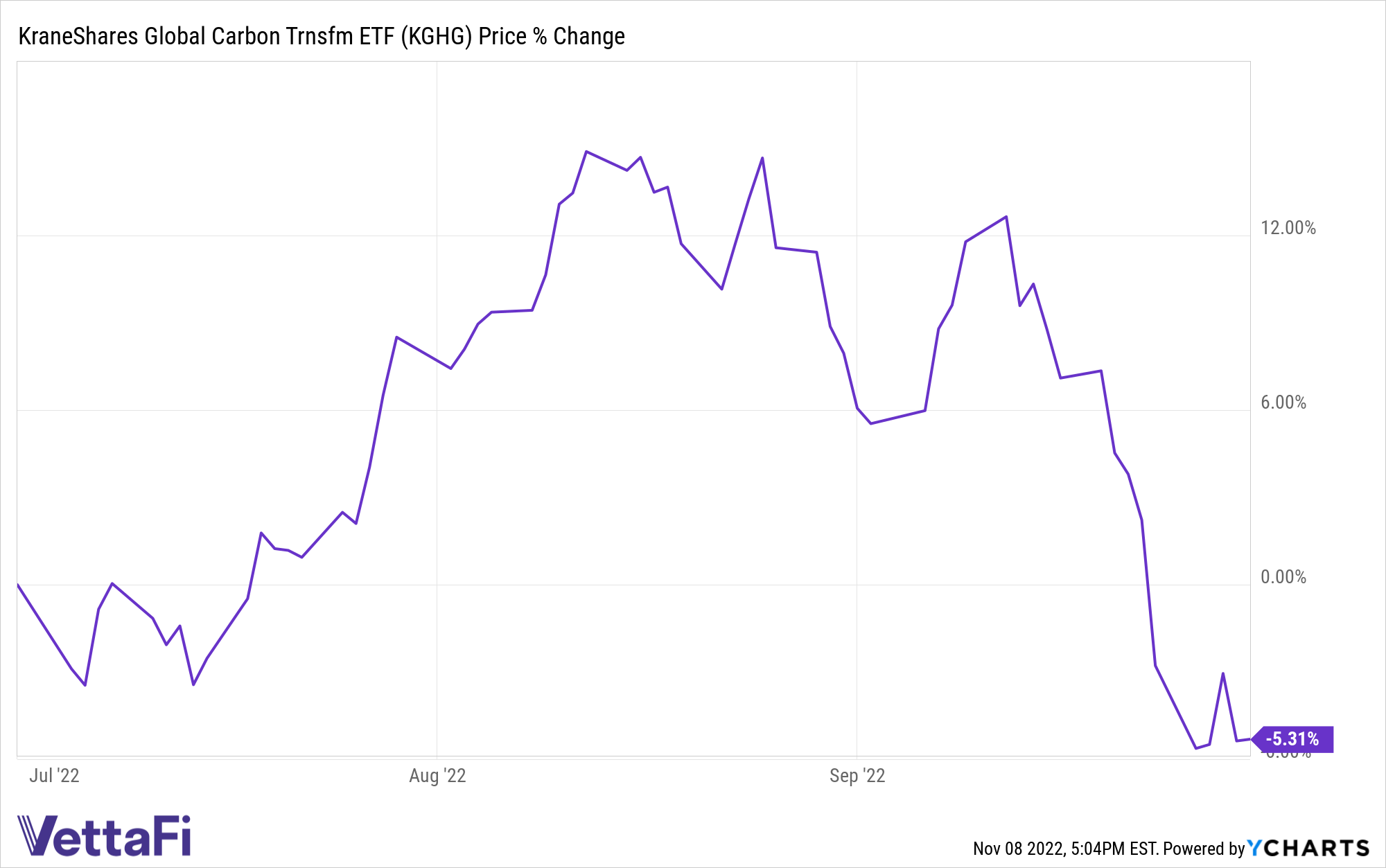 The Impacts of Currency

Because the fund has a global focus, it felt the impacts of the strong dollar heavily: KGHG had almost a third of its allocation to Europe in Q3 (32.5%), and the euro’s 7.8% plummet against the U.S. dollar during that time period equated to a 2.84% negative currency impact. This accounted for 68% of KGHG’s negative return in the third quarter.

“Broadly speaking, the fund does not hedge either equities or currencies. Policy uncertainty, particularly in Europe, has resulted in significant short-term volatility, but our thesis remains high-conviction,” Mortimer wrote.

President Biden’s passage of the Inflation Reduction Act of 2022 over the summer, which contained the most significant climate commitments and spending to date for the U.S., is seen as a tailwind for the emissions transition. As such, KGHG increased its U.S. allocations and weight in Q3 through investments in Fluence, an energy storage group; Bloom Energy, a fuel cell and electrolyzer manufacturer; and Plug Power, a player in the hydrogen value chain.

“While these enabling companies will remain a small part of the fund’s portfolio, we feel that the IRA is transformative to their prospects, and we expect them to benefit from significantly increased spending in these areas,” explained Mortimer.

Looking further abroad, KGHG also added Orron Energy, a Swedish energy company that has dropped its oil and gas assets along with its former name, Lundin Oil and Gas, in its transition into renewable energy. KGHG was quick to buy into Orron and was able to capitalize on the rapid stock appreciation as the stock was bid up after the company announced the changes.

“This confirmed that there is a cohort of investors (that we believe to be growing) seeking this type of green energy company. The idea that there will be a shrinking number of investors in the future for high-carbon-emitting companies and a growing number seeking low-carbon-emitting companies is a key value driver in our strategy,” wrote Mortimer.

KGHG experienced 265 bps of positive attribution from Orron, and the fund reduced its positions twice to maintain the correct risk balance, as well as 48 bps from New Fortress Energy and 44 bps from Plug Power. The latter two companies have significant exposure to the green hydrogen industry, which stands to benefit hugely from the IRA.

Companies within the fund that lowered performance in Q3 were SK Innovation, a Korean industrial chemical and battery company, as well as refiner, which dropped 32% in the third quarter on plummeting oil prices and contributed to a -103 bps drag on KGHG. Other contributors were also within the oil industry and included Baker Hughes, a U.S. oil service company that pulled the fund down -82 bps, and ThyssenKrupp, a German industrial and steel company that contributed to a -47 bps drag.

“A key tenet of our investment thesis is that climate mitigation will be a structural growth theme driven by government policy – with a key implication that it will have a higher certainty of occurring than the continuing discretionary spending that has driven much of economic growth over the past decade,” Mortimer wrote. “We believe that these policy drivers will deliver structural growth in climate mitigation at a time when growth is harder to find.”