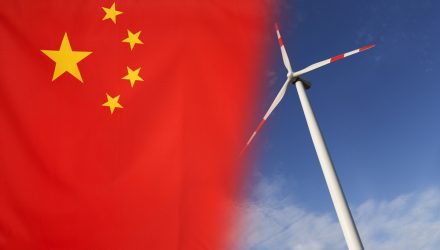 China has gotten aggressive in its transition to renewable energy in the last decade and it’s making noticeable differences. China is the global leader in wind and solar power generation and there is a strong investment opportunity in China’s green transition. 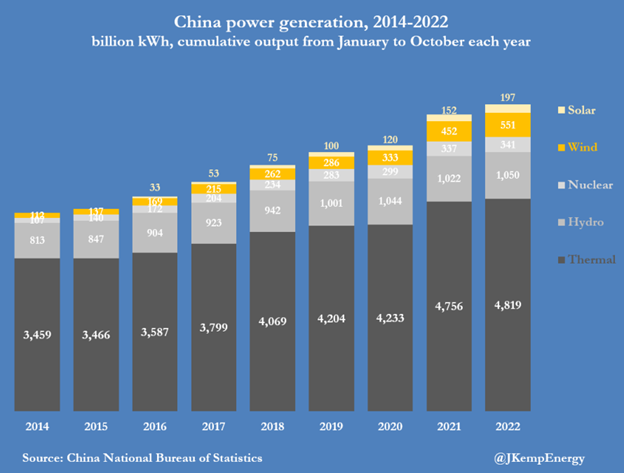 Of the extra electricity generated this year, 74% came from zero-emissions sources with just 26% generated from thermal sources such as coal, reported Reuters. Renewable energy creation is replacing coal at a rapid pace in China, helping to keep China on target for capping emissions by 2030.

China invests hugely in renewable energy initiatives and has strong regulatory support. In the first nine months of 2022 wind farm capacity has already grown another 17% and solar capacity has grown 29% compared to the same period last year. China is the world leader in wind power generation (40% of global wind capacity in 2021) as well as solar generation (36% of the world’s solar capacity in 2021) according to BP, and it is only increasing those margins as it works to churn out renewables to match its growing energy demand.

The country is still largely dependent on coal for energy but the rapid growth of renewables is likely to cause a peak in the use of coal within the next five years as renewable energy sources increasingly replace the use of coal.

Investing in the Renewable Transition in China

China is currently the world leader in total renewable energy capacity, holding 43% of global capacity, and the KraneShares MSCI China Clean Technology Index ETF (KGRN) capitalizes on investing in clean technology in China’s growing economy. China plans to have renewable energy make up 35% of its electricity needs by 2030 and is well on the way to that goal.

KGRN tracks the MSCI China IMI Environment 10/40 Index and is based on five clean technology themes: