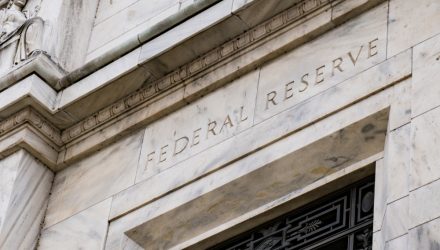 This month the Federal Reserve begins its balance sheet reductions via quantitative tightening, a monetary policy aimed at contracting the liquidity of the economy, as the central bank begins actively fighting inflation.

The Fed will start shedding bonds as it works to bring down its balance sheets that have ballooned since the onset of the pandemic when the central bank bought up a steady supply of bonds to help support the struggling economy. These assets will be sold back into the financial markets, thereby lowering their prices while at the same time raising interest rates.

The last time the Federal Reserve attempted quantitative tightening was in 2018 and it lasted less than a year as a negative correlation in markets was seen shortly after QT began, reported Bloomberg. It remains an extremely rare response by the central bank in the U.S., only happening in a few instances that typically have followed extensive stimulus.

Consumer confidence is at lows not seen since the Financial Crisis of 2008, measured by the University of Michigan index, reported KFA Funds. The Fed has raised interest rates by 75 basis points thus far (one basis point is the equivalent of 0.01%) and rate markets are estimating that will be another 180 bps of rate increases in 2022.

The current environment for investors is a difficult one because although quantitative tightening can do a lot to exert control over the demand side of the economy, they have extremely little impact on the supply side, said Nancy Davis, CIO of Quadratic Capital Management and portfolio manager of the Quadratic Interest Rate Volatility and Inflation Hedge ETF (IVOL).

“The Fed hiking rates isn’t going to put more truck drivers on the road or make Russia not invade Ukraine or get rid of COVID-zero policies around the world. It’s not going to fix the supply side,” Davis recently said in an interview with CNBC.

Quantitative tightening has a bullish potential for going long on fixed income volatility, Davis stated, and as QT remains relatively untested, it is putting investors in unprecedented territory.

IVOL is the first of its kind in active and passive options and offers access to the OTC fixed income options market, the mechanism it uses for long interest rate volatility. The fund invests in a mix of U.S. Treasury Inflation-Protected Securities (TIPS) of any maturity, which are U.S. government bonds whose principal amounts increase with inflation.

IVOL is actively managed by Quadratic Capital Management, an alternative asset management firm with experience in the options and volatility markets. It expects to invest less than 20% of the fund in option premiums and seeks to purchase options with a time-to-expiration between six months and two years.

IVOL carries an expense ratio of 1.05% and has nearly $1.59 billion in assets under management.