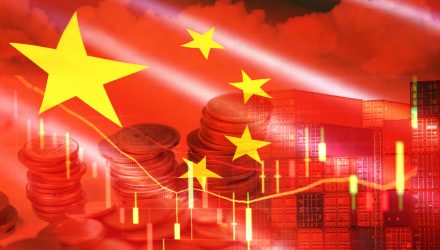 The Road to Current Chinese Stock Sell-offs and Market Woes

China is Not a Regulatory Outlier

Globally, governments have been tackling the rapid onset of technology with regulations. In 2018, the European Union enacted the General Data Protection Regulation (GDPR), which was created to protect consumers and their data and how that data was used. While the U.S. doesn’t have a singular federal law regarding data protection, there are hundreds of laws at federal and state levels that address data privacy concerns.

China is just now beginning to address this type of regulations and how tech companies operate in China. According to the daily newsletter by Brendan Ahern of KraneShares, 30% of all retail sales in China flow through Chinese internet platforms, which were unregulated. While the finance sector is heavily regulated, the technology one is not, which China is beginning to address.

This is particularly prominent for fintech companies, which have been hit hard by regulations recently. In a recent interview with ETF Trends, Ahern explained the core issue of how the fintech companies were operating in China: “If you call yourself a fintech company, where you’re doing loan origination, think about the advantage you have over a bank that also does lending, but is heavily regulated. And so ultimately, Ant was really about they call themselves a fintech company, but they did a lot of things that banks do.”

Ahern explained that the companies in these sectors “don’t play nice in the sandbox. They do whatever they can to try to hurt their competitors. And the regulators simply said, ‘well, that actually hurts consumers. It hurts vendors and merchants.’”

See also: Are Alibaba and Tencent Teaming Up to Fight Chinese Regulation?

The irregularity and inability to guess where the next area of regulation will have caused mass uncertainty and hesitation in the markets and Mainland China shares.

“I think the sentiment is going to remain bearish as long as Beijing wields this heavy hand,” said Nancy Tengler, CIO of Laffer Tengler Investments on CNBC’s “Trading Nation.”

Companies such as Didi have been caught by the regulatory hammer, which Ahern believes should not have gone public before being regulated. He notes that Didi’s IPO prospectus contained more than 60 pages of risk factors.

For similar reasons, Ant Group’s IPO was stopped in Hong Kong as it had “pre-regulatory financials, which would have led to the stock cratering following the regulation announcement as we have seen with Didi,” Ahern explained in the newsletter.

Also hovering as an added pressure was the U.S.’s passing of the Holding Foreign Companies Accountable Act (HFCAA) in December that states that US-listed Chinese companies that don’t provide their audit review papers to the PCAOB for three years could face delisting. It is currently unclear when the SEC will begin enforcing HFCAA, or even when the three-year mark began with the companies. Institutional investors will be able to convert U.S. listings into Hong Kong share classes if that happens, but currently, most retail brokerages do not offer ADR conversion for their retail investors.

The Uncertainty of What Lies Ahead

While imports and exports have been thriving in China, showing that businesses may still be interacting fine across international lines, political rhetoric between China and the U.S. has been tense at the best of times of late. The uncertainty of sanctions and regulations has many investors more hesitant to gain exposure to a space that seems fraught with a difficulty right now.

Most companies are complying with regulations, however, and continuing to show profits while doing so. Q4 earnings in 2020 and Q1 earnings in 2021 showed strong returns, and many are watching to see how Alibaba’s earnings come in post-Hong Kong close next Tuesday as it is a company that has recently undergone heavy regulatory oversight.

Clarity within the regulatory space could go a long way to assuaging international investor concerns. Towards that end, the Ministry of Industry and Information Technology (MIIT) announced a six-month review period for internet companies that began on July 23rd. This sets a definitive timeline for regulation, as well as a clear endpoint. It remains to be seen how companies will perform in the meantime, but earnings reports from China are being watched more closely than ever as investors attempt to gauge the health of the Chinese markets.