You are at:Home»China Insights Channel»Tesla Continues to Expand Its Footprint in China 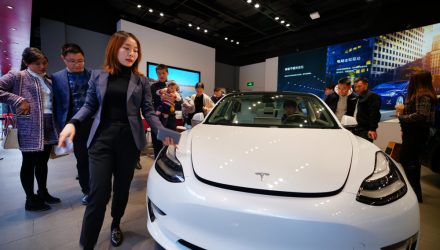 Tesla Continues to Expand Its Footprint in China

Tesla is set to expand hiring in several key Chinese cities as it looks to continue to increase engagement with the Chinese government and regulatory bodies, reports Reuters. Tesla is headquartered in the U.S. but has operations in China.

According to a job listing in the company’s Wechat account, Tesla is seeking to hire external relation managers in multiple cities in China, including Shenzhen, Shanghai, and Beijing. The listing is for legal and external relations team, and while the actual advertisement didn’t include details, separate postings confirmed that the positions would be working with government relations and looking for public relations managers.

Tesla is also looking to hire lawyers specializing in anti-monopoly practices and data privacy protection, as well as in construction. This comes at a time when the company has been under intense public scrutiny for their handling of customer complaints in China.

Tesla currently produces its electric Model 3 sedans as well as the Model Y SUVs in Shanghai. Yuan Guohua, a Chinese official, estimated that Tesla’s Chinese factory would produce 450,000 vehicles this year, which included 66,100 for export. The same official has also said that 90% of the Tesla China supply chain will be localized.

The KraneShares Electric Vehicles and Future Mobility ETF (NYSE: KARS) invests in Tesla and many of the leaders in the electric vehicle industry in China.

The index has strict qualification criteria: companies must be part of the Bloomberg World Equity Aggregate Index, have a minimum free float market cap of $500 million, and have a 90-day average daily traded value of $5 million.