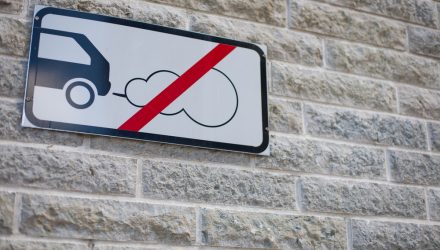 The California cap-and-trade program was created in 2013 to assist the state’s goals of its greenhouse gas emissions being reduced to 1990 levels by 2020 (which they were in 2016) and to 80% below 1990 levels by 2050, according to the Center for Climate and Energy Solutions. It is linked via the Western Climate Initiative to Quebec’s cap-and-trade system as well.

The revenues that are accrued from the program go directly to California’s Greenhouse Gas Reduction Fund, which disperses funding to state agencies that are working to reduce greenhouse gas emissions further. A full 35% of the revenue has also been mandated to go to low-income and environmentally disadvantaged communities.

RGGI is comprised of states located in the Northeast and includes Connecticut, Delaware, Maine, Maryland, Massachusetts, New Hampshire, New Jersey, New York, Rhode Island, Vermont, and Virginia. Each individual state has its own carbon dioxide trading programs that are based on RGGI parameters.

RGGI has a Cost Containment Reserve that is made up of a set number of allowances beyond the cap that are held in reserve. The CCR is triggered if the costs to reduce emissions are higher than projected, and the reserve is replenished at the beginning of each year, according to the RGGI website.

As of last week, RGGI carbon allowance prices were $12.70 a ton on the Intercontinental Exchange, nearing the CCR limit, according to Katherine Monahan, environmental research and economist on global climate policy for Carbon Pulse, on Twitter.

The index measures a portfolio of futures contracts on carbon credits issued by the CCA and only includes futures with a maturity in December in the next year or two, while using a wholly-owned subsidiary in the Cayman Islands to prevent investors needing a K-1 for tax purposes.