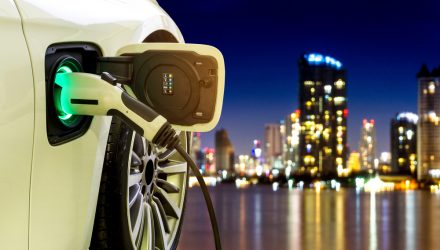 Nio Is on the Move With Latest EV Model Launch, KARS Captures

Chinese electric manufacturer Nio, known for its innovative battery-swapping stations for its EV fleet, has begun orders for its highly anticipated ET5 model, which looks to be a major boost for a proliferating company.

Nio is quickly establishing itself as the Tesla of sorts in China, offering luxury EV models for customers, but the ET5 is its first sedan to be priced in a more accessible range that could attract enormous demand. The starting price for the ET5 is ¥328000 ($47,354 USD), compared to Nio’s next model that was just released in August, the ET7, at ¥448,000 ($64,678). The car will come in two different power ranges, either 75 kWh or 100 kWh, and Nio’s unique battery swap technology allows consumers to purchase the car and battery together or to buy the body of the vehicle and lease the batteries.

Orders for the ET5 opened up on September 9. They will begin delivering on September 30, and Nio’s co-founder and president Lihong Qin said at a recent auto show in China that he anticipates the ET5 will outsell the BMW 3 Series in China within a year, equating to about 15,000 sales of the new sedan a month.

“The replacement of a star product by a revolutionary smart electric vehicle is a testament to history,” Qin said. 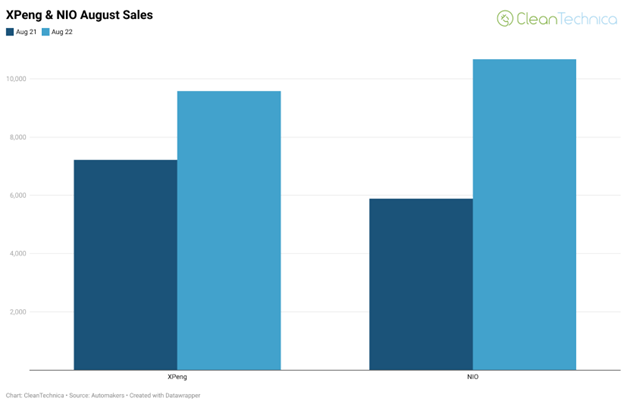 Nio has been growing steadily this year, with sales up 28% between January and August 2022, but August experienced a giant spike in sales, up 82%, according to Clean Technica. It puts Nio on track to sell over 120,000 vehicles annually, and the ET5 could drive this even higher: to put Nio’s growth in perspective, the company just hit 200,000 cumulative vehicle sales in June 2022.

The company’s stock experienced a healthy boost in trading overnight in Hong Kong as well.

“Nio (9866 HK) was up +16.81% after releasing its ET5 sedan to a Tesla-like fan frenzy,” reported Brendan Ahern, CIO of KraneShares, on the China Last Night blog.

The KraneShares Electric Vehicles and Future Mobility ETF (NYSE: KARS) offers a good solution for investors looking to capture the potential growth of major EV producers globally. Nio is currently the largest allocation within the fund, carried at a 5.04% weight.

KARS invests in many familiar car companies such as Rivian, Tesla, Ford, Mercedes-Benz, GM, BMW, and others and major Chinese EV manufacturers such as Xpeng, Nio, and BYD, some of the biggest companies in the global electric vehicle industry.